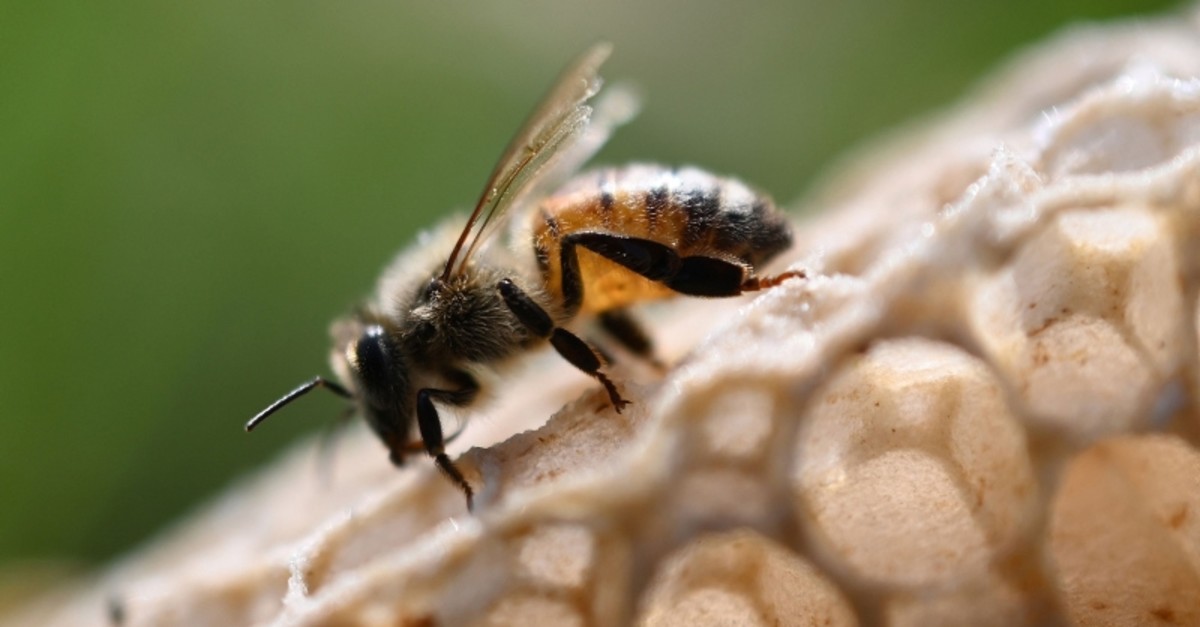 We have long known that honey bees shake their behinds to communicate the location of high-value flower patches to one another, a form of signaling that scientists refer to as "waggle dances." A group of U.S. biologists has now decoded the meaning of over 1,500 of these jigs, providing conservation groups trying to boost the imperiled species' population with new insights into their dietary preferences.

"The thing I think is the most interesting about bees is their communication," Morgan Carr-Markell, a Ph.D. student at the University of Minnesota and the lead author of a new study published in the journal PLOS One, told AFP.

"So I wanted to be able to use that to help land managers who are interested in planting for bees, and give them on-the-ground information."

Carr-Markell and colleagues set out to answer two main questions: What types of flowers do these foragers seek out for pollen and nectar, their two main sources of food, and when do they engage in most of their foraging activity?

To find out, the researchers placed bee colonies in glass-walled observation hives at two sites – the Belwin Conservancy and Carleton College's Cowling Arboretum in Minnesota.

Before European colonization, the midwestern state was covered in prairie lands, but today less than 2% of the original grasslands remain.

This is one of several reasons behind a precipitous decline in bee populations that has raised alarm because of the essential pollination services they provide.

Many conservation groups are actively involved in trying to revive these habitats, but there are major gaps in our understanding about the bees' foraging strategies and how best to help them.

Between 2015 and 2017, the team recorded waggle dances of female bees in these hives on their "dance floor," just inside the hive entrance. The male bees are known as drones and their sole purpose is to mate with the queen.

The dance is explained in a video created by one of the study's co-authors Margaret Couvillon that can be found here: http://y2u.be/1MX2WN-7Xzc.

It involves repeated figure-of-eight runs. During the straight part of the figure-eight, the dancer waggles back and forth to define the direction of a flower patch relative to the Sun on the horizon, by making an angle with her body.

She signals the distance to the patch, meanwhile, by how long she waggles during the straight part – each second equals about 750 meters or 2,500 feet.

The number of repetitions of the dance appears to be correlated to how profitable the food source is, as does the speed at which she turns around to repeat the figure-eight.

By decoding and mapping the flowers that the bees signaled in 1,528 waggle dances, Carr-Markell learned that "honey bees were more likely to communicate with their sisters about nectar sources in prairies in the later part of the foraging season," in the months of August and September.

This might be because the colonies are looking to stock up on extra supplies for winter.

But the team was not only interested in when the bees were more likely to visit prairies – they also wanted to know which particular flowers excited them.

To accomplish this, they captured some of the bees and placed them in a cage with ice, knocking them out for just a few minutes to collect the pollen loads from their back legs and examine them under a microscope, or sequence the DNA.

"We can actually say for sure that seven different native prairie groups were advertised by our bees as really good pollen sources" including goldenrods and prairie clovers, said Carr-Markell.

The research comes at a tough time for bees, the ones who are vital for growing the world's food as they help fertilize three out of four crops around the globe, by transferring pollen from male to female flowers.

The U.S. honey bee population declined by 40% between April 2018 and April 2019 according to a recent report, as the species faces threats from mysterious pathogens, parasites and pesticides.

"This makes it important to focus on nutrition," Carr-Markel said.