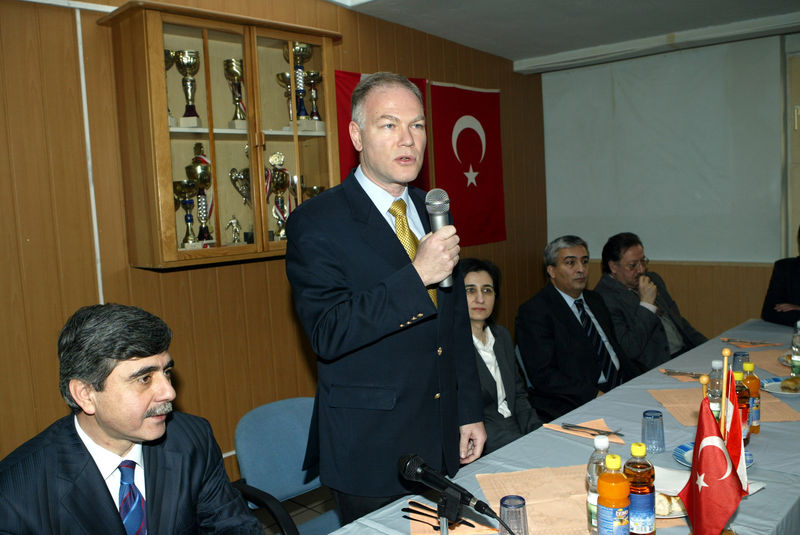 by Associated Press Mar 05, 2015 12:00 am
Turkey is appealing to the European Union to help it combat the phenomenon of ghost ships used by smugglers to send hundreds of migrants at a time toward European shores.

He called on the EU to provide satellite imagery and other intelligence.

Two cargo ships were picked up in the Mediterranean in January with more than 1,000 migrants aboard, many of them fleeing Syria. The smugglers had locked up the migrants and sent the ships speeding on autopilot toward the Italian coast.

The EU has been seeking an explanation from Turkey as to how the ships could have left the southeast port of Mersin, near the Syrian border, and sailed for Italy without Turkish authorities noticing.

Yenel said the cargo ships were operating outside of Turkey's jurisdiction in international waters, but that the smugglers had ferried the migrants out to them from points along the Turkish coast.

Catching the small feeder boats often "depends on how much intelligence we can gather and then sharing it with our counterparts," he said, adding that "these guys get under the radar, literally."

The EU's satellite center, based in Spain, provides surveillance and analysis and can be called upon during disasters and for defense or security operations.

While the EU has struggled to get information from the government in Ankara about the ghost ships, the Turkish ambassador said that information exchanges are improving.

Turkey is now temporary home to some two million refugees from the conflict in Syria, and it has spent more than $5 billion on efforts to host them. The international community has only provided "a trickle" of help, Yenel said.