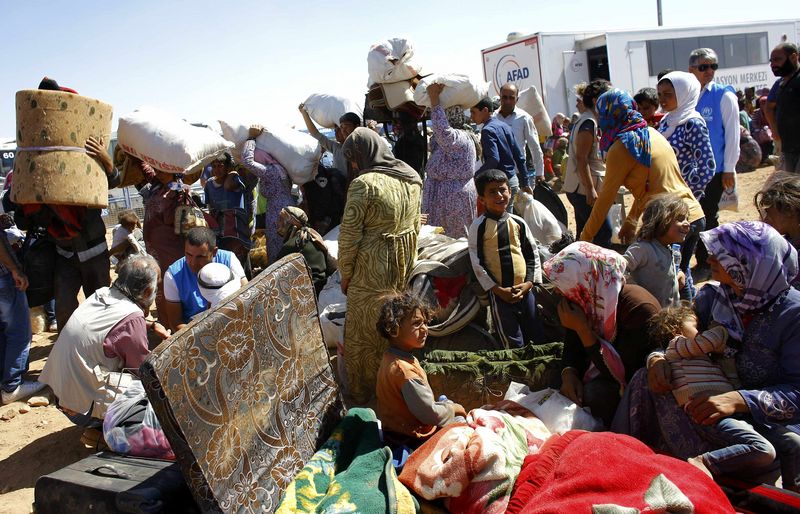 by Daily Sabah Mar 24, 2015 12:00 am
The Parliamentary Assembly of the Council of Europe (PACE), which consists of 47 member states and represents 800 million people, has criticized EU member states for not providing temporary protection to Syrian refugees while praising Turkey's efforts in dealing with Syrian refugees saying that Turkey is playing an exceptional role in the Syrian refugee crisis.

The report, penned by French parliamentarian Jean-Marie Bockel, titled "The Humanitarian Consequences of the Actions of the Terrorist Group called the Islamic State [of Iraq and al-Sham]," was accepted by the PACE Committee on Migration, Refugees and Displaced Persons on Monday afternoon in Strasbourg. Drawing attention to the urgent need to alert the international community to the Syrian refugee crisis, the report also points out that Turkey, Lebanon, Jordan, Iraq and Egypt alone have taken in 95 percent of the refugees. The report also suggests that member states of the Council of Europe increase the funds allocated to humanitarian organizations actively supporting their activities.

Explaining that many countries do not take refugees in as they had expected or issue airport transit visas, the PACE report repeats its appeal for international solidarity and asks member states to grant refugee status to Syrian refugees. Underlining that Syrian refugees are often sent back or end up in detention centers by EU member states, the report stresses that Turkey has taken in a large number of Syrian refugees even though Turkey has no legal obligation to refugees fleeing their country because of events outside Europe.

Underlining that since the beginning of the conflict in 2011, Turkish authorities consider Syrian refugees as "guests" the report added that the Turkish government has changed its labor legislation with regard to the roughly 1.6 million refugees in the country and has officially allowed them to work.

Moreover, the legal amendment made in October 2014 on temporary protection for refugees, establishing new definitions, new criteria and a new procedure for asylum was also mentioned in the report.

The report will be debated by parliamentarians in PACE's spring session between April 20 and April 24 in Strasbourg, France.