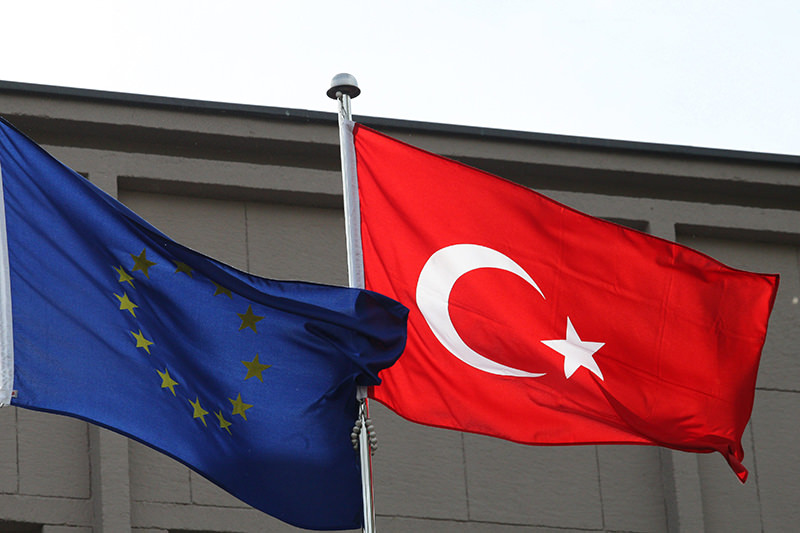 by Anadolu Agency Aug 03, 2015 12:00 am
Turkish citizens have ambivalent feelings about their country's possible accession to the European Union, an EU sponsored public opinion poll has revealed.

Results of the survey, which was carried out by Eurobarometer, were published on Sunday.

Participants were asked whether Turkey's EU membership would be "a good thing", a "bad thing" or "neither good nor bad" thing.

The survey was carried out between May 16 and 27.

Turkey's EU accession talks began in 2005 and out of 35 policy chapters, 14 chapters have been opened and 17 remain blocked, including chapter 17 on economic and monetary policy and chapter 26 on education and culture, Turkey's Minister of European Affairs and Chief Negotiator Volkan Bozkir said on November 11, 2014.

But the Cyprus issue remains a major political obstacle to Turkey's EU accession.

Turkish Cypriot President Mustafa Akinci and Greek Cypriot President Nicos Anastasiades resumed talks on reunifying the island following Akinci's election in April. Negotiations were resumed following a two-year hiatus in February 2013 but stalled in October last year after a row over mineral exploration around in the island.