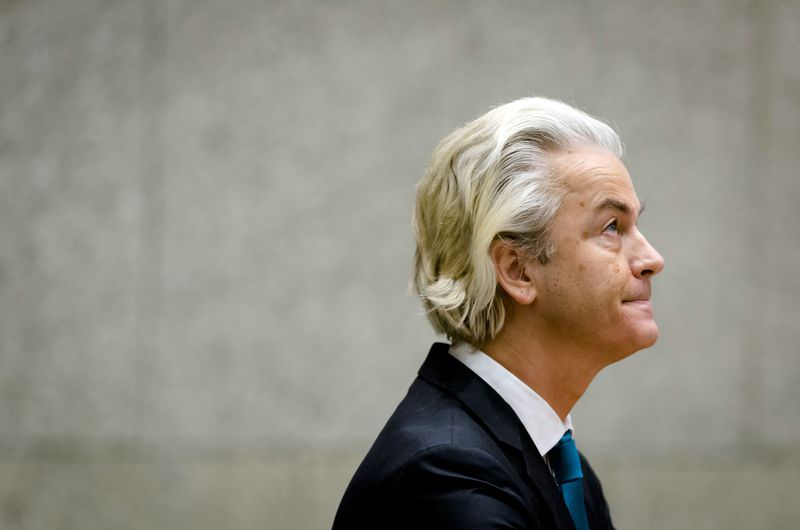 by Dec 04, 2015 12:00 am
Dutch far-right leader Geert Wilders, the most popular politician in the Netherlands, has told Turks "you are not welcome here" in a video that takes aim at Turkey's hopes of joining the European Union.

Wilders, who is fiercely Islamophobic, has surged in public opinion polls with his call for the closing of national borders in the face of a refugee crisis that has seen hundreds of thousands of people, mostly Muslims, fleeing to Europe this year to escape conflicts and poverty in the Middle East and beyond.

Turkey promised at an EU summit in Brussels last Sunday to help stem the flow of refugees in return for cash, an easing of visa restrictions for Turks visiting Europe and renewed talks on admitting Turkey as a member of the bloc.

In his English-language video posted online on Friday with Turkish subtitles, however, Wilders told Turks in typically blunt fashion: "Your government is fooling you into believing that one day you will become a member of the European Union. Well, forget it."

"You are no Europeans and you will never be. An Islamic state like Turkey does not belong to Europe," he said. "We do not want more but less Islam. So Turkey, stay away from us. You are not welcome here."

"We have freedom of speech, but this sort of remark, in which a whole country and a whole population is deeply insulted, is totally unacceptable and contributes absolutely nothing to resolving the problem," Rutte told a news conference.

Recent opinion polls indicate Wilders would win the most seats in the Dutch parliament if there were an election today. His Party for Freedom would gain more seats than the two ruling coalition government parties combined, the polls show.

After decades of relatively liberal immigration policy that let in large numbers of refugees from Turkey and Morocco, the Netherlands, a founder member of the EU, has become much less accommodating.

The country of 17 million people, which is a member of the EU's open-border Schengen area, now implements some of the toughest immigration policies in the 28-nation EU.

Turkey has been negotiating to join the EU for a decade but talks had largely stalled until Sunday's deal due to disagreements over Cyprus.