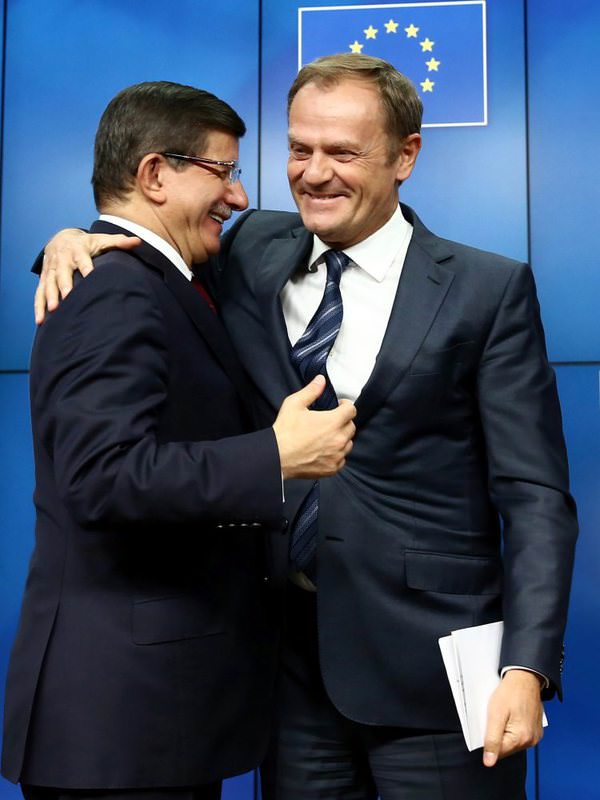 by Merve Aydoğan Jan 14, 2016 12:00 am
As Turkey's European Union (EU) accession process gains momentum following the agreement on a refugee action plan, according to statements made to Daily Sabah on Wednesday by a senior official, "the year 2016 is set to be a golden year for Turkey in terms of visa liberalization and EU accession if the Cyprus negotiations are finalized successfully." The official said that the 3 billion euros of EU funding is close to completion, as it had previously been delayed due to problems from an EU member state, but it is projected to resolve soon.

Commenting on EU relations and the accession process, the official said: "If you were to ask me about our relations a year ago, I would tell you that relations were primitive. However, due to the increasing refugee crisis, European Council President Donald Tusk visited Turkey in September and we were able to evaluate how the refugee crisis has impacted the EU. Thus, the EU has made a proposal to us without our request and made certain requests that include increasing support for the Syrians, participating in summits and the visa matter."

"We are approaching EU relations in a realistic, optimist way."

Regarding the five chapters that are expected to be opened this year, sources have said that Ankara and Brussels are holding talks on Chapters 23, 24 and 26. As part of increasing talks, on Jan. 25 the highest representative of the EU for foreign affairs and security policy, Federica Mogherini, and European Commissioner Johannes Hahn are coming to Turkey.
RELATED TOPICS