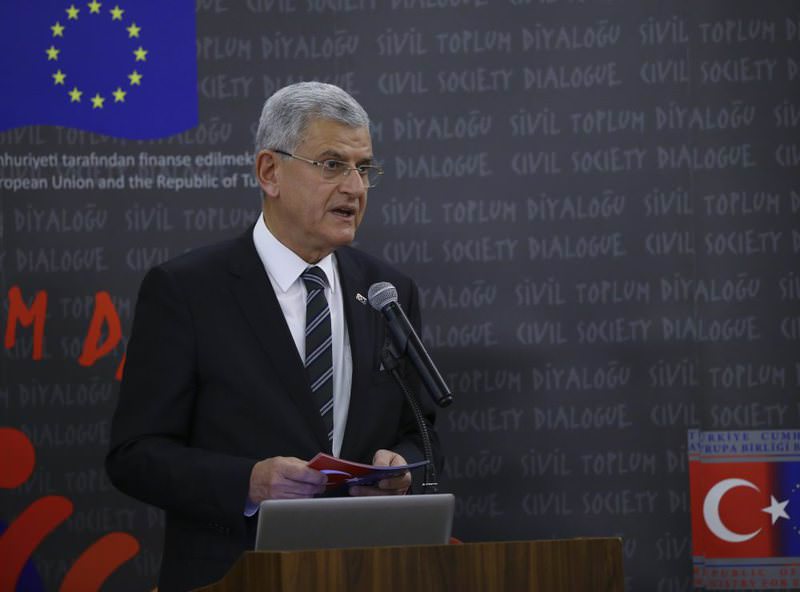 by Daily Sabah Feb 03, 2016 12:00 am
Following Turkey and the European Union's (EU) signing of an agreement on visa liberalization alongside a readmission agreement that would result in illegal migrants who enter the EU through Turkish borders being returned to Turkey, official meetings and visits have recently gained momentum. Minister for EU Affairs and Chief Negotiation Ambassador Volkan Bozkır is paying visits to Paris and Brussels from Feb. 3-5 for official meetings. As part of the visit, Minister Bozkır is to meet with Harlem Désir, French Secretary of State for European Affairs, at a working lunch and with the Members and Chair of Foreign Affairs and European Affairs Committee of the Senate and National Assembly, and address the members of the French parliament.

As part of enhanced relations and gaining momentum in Turkey's EU accession process, chapter 17 is the first chapter to be opened recently from a total of 20 remaining unopened chapters. Thus, with efforts to further continue the enhancement in relations, minister Bozkır will continue meetings by travelling to Brussels for official talks with a number of European Commissioners. During the Brussels meetings, Minister Bozkır will meet with European Commission Vice-President for the Euro and Social Dialogue Valdis Dombrovskis and also with Neven Mimica, the European commissioner for International Cooperation and Development. Additionally, the minister will finalize his visits in Belgium by meeting with Turkish citizens living in Belgium at a meeting held by the Belgium Office of the Union of European Turkish Democrats (UETD).
RELATED TOPICS