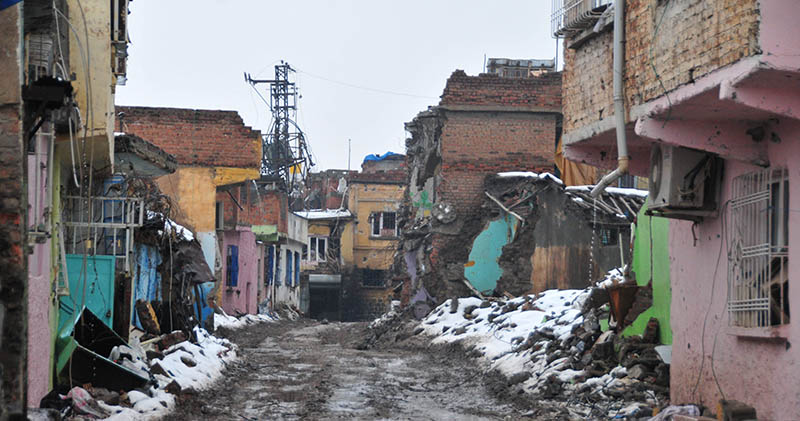 | Sabah Photo
by Anadolu Agency Feb 16, 2016 12:00 am
The EU on Tuesday denounced PKK terrorists' return to violence in southeast Turkey in the latest report on the country's membership bid.

The 2016 draft progress report said the union "condemns the return to violence by the PKK, which is on the EU´s list of terrorist organizations; stresses that there is no violent solution for the Kurdish question and condemns attacks on security forces and civilians."

It acknowledged "Turkey´s legitimate right to fight against terrorism" and said "security measures must be conducted with respect for rule of law and human rights."

EU officials have repeatedly called on all parties in Turkey to recommit to the reconciliation process, the attempt to end the 30-year conflict that stalled after renewed violence broke out last July.

The report praised Turkey for hosting the largest number of Syrian refugees in the world but says Ankara's EU accession should not be linked to the cooperation with Europe on the refugee crisis.

Turkey and the EU agreed a refugee action plan last year under which the bloc would provide Turkey with 3 billion euros ($3.34 billion) in aid to meet the needs of Syrian refugees in exchange for visa liberalization and speeding up accession.

Fifteen chapters, including the latest on economic policy, have been opened out of a total of 35 that must be completed in order for Turkey to join the 28-member bloc.

The report said Turkey must show improvement in the field of human rights and freedom of expression.

Several chapters, including those on judicial and fundamental rights, are currently blocked by the Greek Cypriot administration, which is holding talks with the Turkish Republic of Northern Cyprus to find a solution on the divided island.

In the report, the EU said it "commends the constructive approach of the leaders of both the Greek and Turkish communities on the island and their determination and tireless efforts to reach a fair, comprehensive and viable settlement before the end of this year".
Last Update: Feb 16, 2016 9:20 pm
RELATED TOPICS