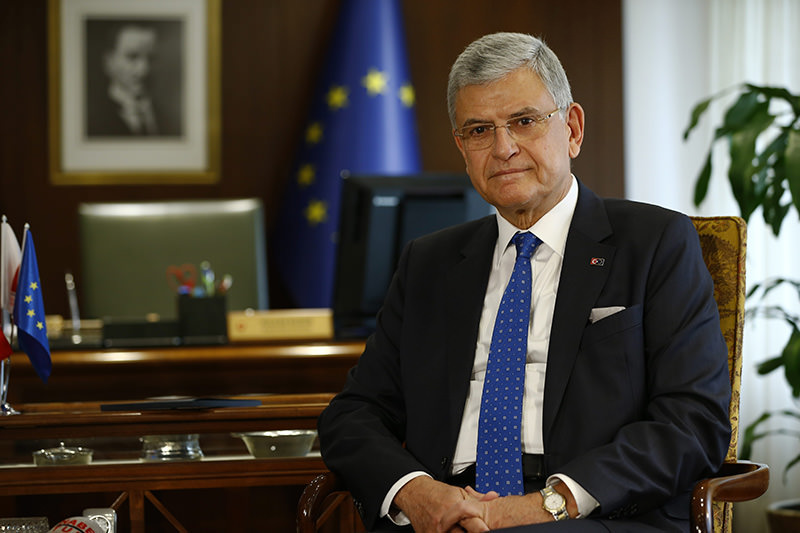 Turkey's European Union Minister Volkan Bozkır said that a total fight against terror is necessary in the wake of the attacks that targeted the airport and subway in Brussels, where most EU institutions are located.

Speaking in a live interview at the Turkish broadcaster A Haber, Bozkır said that the attacks may have been carried out by the Daesh terrorist organization in a retaliatory manner following the recent operations that targeted Daesh linked figures in Brussels, including the Paris attacks perpetrator Salah Abdeslam.

"We offer our condolences to the deceased and wish quick recovery to the wounded," he said.

Underlining that the militants constitute the core of the Daesh terror organization, Bozkır said that if Turkey's accession process was not slowed down, neither terror nor illegal migration would have increased to such dimensions, and now the EU understands this fact.

Stating that all terror organizations feed from the same sources, Bozkır said that now it is time for all countries to adopt a common stance against terrorism.

Bozkır said that Turkey has long warned the EU regarding the economic crisis, refugee issue and terror; in exchange that EU fought terror organizations that may harm itself but overlooked other terror groups.

"When [Revolutionary People's Liberation Party–Front] DHKP-C's leader was out in the open in Belgium for years, no precautions were taken despite our warnings," Bozkır said, explaining there is no difference between PKK, Daesh or DHKP-C.

"Waving of PKK flags in Brussels when tens of funerals were being held in Turkey following a terror attack upset us but this struggle really has to be carried out totally. Brussels is a multicultural city. And it proves once again international solidarity is essential," he added.