Ball is in Europe's court in visa liberalization for Turkish nationals 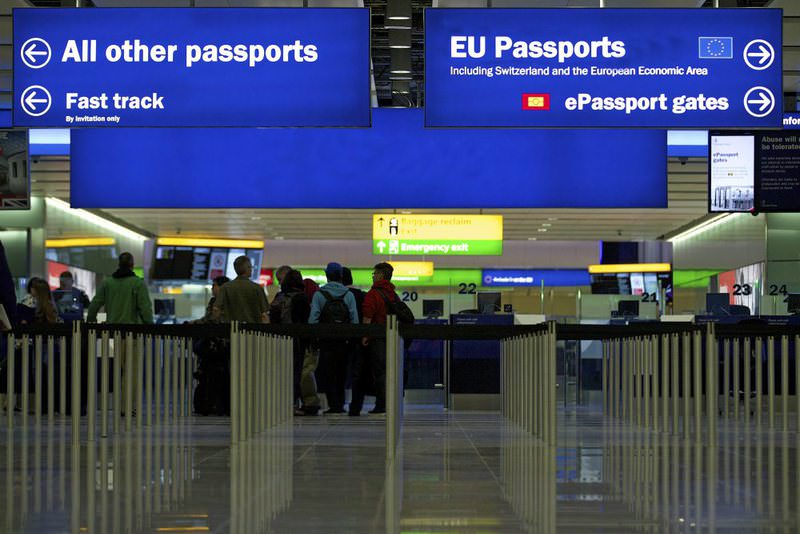 Ankara will fulfill all requirements for visa liberalization in the next 10 days in spite of speculations that it would fail to do so, Parliament's Foreign Affairs Commission secretary told Daily Sabah. The European Commission will present a crucial report that includes recommendations on May 4

Despite doubts that Turkey would be able to fulfill the requirements necessary for visa liberalization before the European Commission report is released on May 4, Daily Sabah has learned that the government is working around the clock to pass the necessary legislation and that all 72 criteria will be met in the next 10 days at the latest. "We will have fulfilled all requirements that the European Union put forward for visa liberalization. As a matter of fact, Parliament's schedule has been adjusted accordingly regarding this issue," Parliament Foreign Affairs Commission member and Justice and Development Party (AK Party) Samsun deputy, Hasan Basri Kurt, told Daily Sabah.

Responding to claims that Ankara would fail to meet the criterion by May 4, Kurt ruled out such a possibility, saying: "Everything will be wrapped up next week if nothing extraordinary comes to the agenda in Parliament. It is not possible that the European Commission report will suggest anything negative on lifting visa requirements for Turkish citizens." Kurt added that there are currently international agreements that Ankara is ready to sign. Explaining that the parliamentary commission started working on three agreements on Tuesday and five on Thursday, Kurt said there are currently two major bills waiting for floor votes.

"One of them is the judicial assistance law and the other is the political ethics law. Once these bills have passed, all criteria will be met," he said.

When asked about the government's previous calls for opposition parties to join forces with the AK Party to speed up the process of passing bills for the sake of visa liberalization, Kurt credited the commission's accomplishments to the AK Party, and accused opposition parties of not contributing up to this point.

"There have been attempts by the HDP [Peoples' Democratic Party] to stall Parliament, but I can say that the AK Party conducts the commission," he contended.

MIGRANT DEAL WILL END IF NO VISA LIBERALIZATION GRANTED

As speculations swirl in European media outlets that the EU may try to put obstacles in the way of lifting visa requirements for Turkish citizens even if Ankara fulfills the criteria, both President Recep Tayyip Erdoğan and Prime Minister Ahmet Davutoğlu have repeatedly asserted that the deal will be void in such a case.

"Turkey will not implement the Turkey-EU deal on stemming the illegal flow of migrants to Europe unless the 28-nation bloc fulfills its side of the agreement," Erdoğan said in a speech at the Presidential Palace in Ankara on April 7.

"Everything that has been promised [must be put into action by the EU]; everything specified under the accord.

"There are precise conditions. If the European Union does not take the necessary steps, then Turkey will not implement the agreement," Erdoğan said.

Davutoğlu echoed the warning: "If [visa liberalization] is not carried out, no one can expect Turkey to adhere to its commitments." The commitments refer to the EU-Turkey deal, which also promised financial assistance to Turkey in support of refugees as well as fast-tracked EU accession.

Turkey will cancel its agreements with the European Union regarding migrants if the EU doesn't keep its word in the deal, Turkish Foreign Minister Mevlüt Çavuşoğlu also contended. "The deal we struck with the EU is very clear. We want this human tragedy to end, our citizens to travel visa free, and the customs union to be updated," he said in a speech on Monday.

While the EU may risk the deal with Turkey should it fail to grant visa liberalization, Greek Prime Minister Alexis Tsipras as well as a European Commission report said the implementation of last month's EU-Turkey agreement to curb migration had allowed for progress. Migrant flows to Greece decreased markedly in recent months, the Greek prime minister said on Wednesday, defending his government's support of a deal between the European Union and Turkey to tackle the migrant crisis.