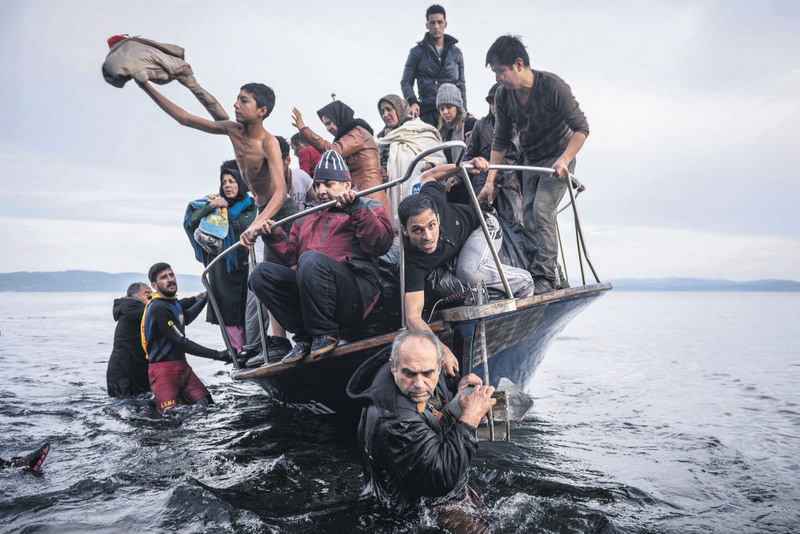 The European Commission hailed Turkey's efforts to meet all the criteria that the EU demand to grant visa-free travel to Turkish citizens. Under the deal with Ankara, Europe has seen a dramatic decrease in the number of illegal migrant arrivals

The European Commission is set to declare Wednesday that Turkey has met the criteria for visa liberalization that will allow Turkish citizens to travel in the Schengen zone without obtaining a visa. The EU praised Turkey's efforts in a statement on Monday. "Turkey has made a lot of efforts over the past weeks and days to meet the criteria, including for example extending the regulation on access to the labor market to non-Syrian refugees, and progress continued over the weekend," Commission spokeswoman Mina Andreeva told a press conference.

"Obviously, the commission will take stock of the progress in a report that will be adopted on Wednesday, so I'd ask for some more patience on that." Visa liberalization is part of a broad migrant deal between the 28-nation bloc and Turkey. Following the deal, Europe has seen a dramatic decrease in illegal migration and human trafficking. For some days, the Greek islands reported that not a single migrant had arrived in the country from Turkey. Turkish officials warned their European colleagues several times that the migrant deal with the EU will fail if visa liberalization is not carried out. A European Commission spokeswoman opposed a proposal drafted by Germany and France that sought easier suspension of visa-free travel to Europe, and said there is no intention to propose a revision to the regulation.

EU Minister and Chief Negotiator Volkan Bozkır said that there are no obstacles in the way of visa liberalization and that both sides are fulfilling their responsibilities under the EU-Turkey migration deal. "If all goes well, we expect a decision recommending the lifting of visa requirements on Tuesday," adding that he expects visa liberalization to go into effect by June. Turkey has already achieved considerable success in reducing the number of people crossing from Turkey to Greece.

Greek Prime Minister Alexis Tsipras said, and a European Commission report affirmed, that the implementation of last month's agreement to curb migration had made progress. Tsipras last week defended his government's support for the deal. "A few months ago we had flows of 3,000 to 4,000 daily to our islands. ... Today, the flows are about 50 to 60 daily," Tsipras informed the Greek parliament during a debate on security.Determined action by Turkey, in concert with Greece and NATO, and the closing of borders across the Balkans, has all but shut the main Aegean route for people fleeing war and poverty in Syria and elsewhere in the Middle East and Asia. Figures delivered daily at 6 a.m. to European Commission President Jean-Claude Juncker show new arrivals on the Greek islands were down to 63 last Thursday, from an average of 10,000 a day during the peak last October.

EU officials insist the union has made no promise, and the offer applies only if Turkey meets 72 legal and technical conditions. The Commission reported this month that Ukraine and Georgia had met those benchmarks, and will add Kosovo on Wednesday.

Prime Minister Ahmet Davutoğlu said that there are disappointments and the EU has un-kept promises in recent Turkish-EU relations and that Turkey will stop implementing the recent readmission agreement.

"[The EU] promised to invest 1 billion euros for refuges until end of July. We will see whether they keep their promise or not. We have experienced disappointment in the past. We will react negatively if these experiences reoccur," Davutoğlu said, adding that in 2004 the EU had promised to lift restrictions on Turkish Cypriots if they vote for the Annan Plan, but it did not keep its promise afterward.

Facing an unprecedented flow of refugees, not seen since World War II, Europe has turned to Turkey to stem the flow of migrants seeking to reach the continent through Greece, the nearest gateway.

Turkish coasts lie in close proximity to Greece's Aegean islands, which are crowded with migrants, especially Syrians who traveled before the EU-Turkey deal was signed on March 18.
RELATED TOPICS