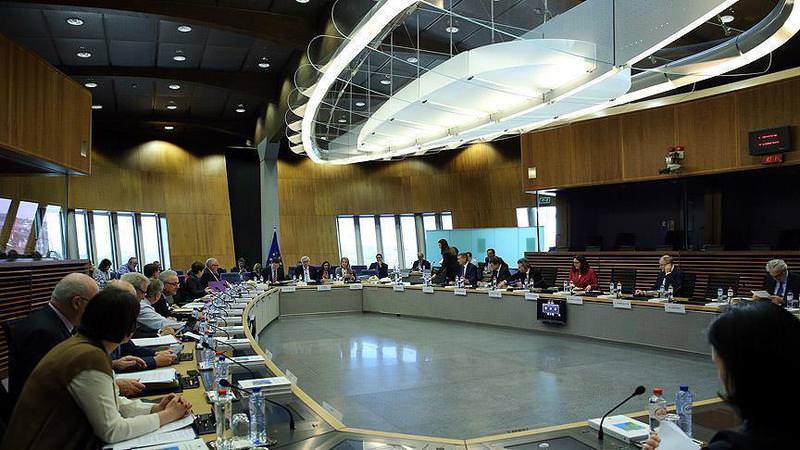 Turkey has five benchmarks, out of an initial total of 72, to fulfill by the end of June, according to the European Commission, the European Union's executive body.

"Turkey has made impressive progress, particularly in recent weeks, on meeting the benchmarks of its visa liberalization roadmap," European Commission First Vice-President Frans Timmermans said in Brussels on Wednesday.

The five remaining benchmarks touch on issues including: measures to prevent corruption, data protection in line with EU standards, cooperation with EU's law enforcement agency Europol, judicial cooperation on criminal matters with all EU member states and "revising the legislation and practices on terrorism in line with European standards".

"There is still work to be done as a matter of urgency but if Turkey sustains the progress made, they can meet the remaining benchmarks," he added.

Meanwhile, Turkish Foreign Minister Mevlüt Çavuşoğlu, accompanied by Turkey's EU Minister Volkan Bozkır, spoke to reporters on Wednesday, saying, "As Turkey, we are satisfied with the point we have arrived at; our aim is full membership to EU."

Turkey must also begin the use of biometric passports containing fingerprint information for travelers wishing to benefit from visa-free access. Turkish citizens have till the year-end to change their passports. Çavuşoğlu added that the renewals for passports will begin starting June 1.

5 benchmarks still to be met by Turkey:

A press release by the European Commission has outlined the five benchmarks which are still need to be met by Turkey before June 2016:

The stateement also added that two benchmarks were not completed as of yet due to procedural impossibilities.

"Two requirements need a longer timeline for implementation for practical and procedural reasons. This has made it impossible for them to be fulfilled in a complete manner by the accelerated time for the implementation of the visa liberalisation roadmap decided upon by EU Heads of State or Government and Turkey on 18 March 2016," the statement said.

"This concerns, firstly, the upgrading the existing biometric passports so as to include security features in line with the EU standards. Given the acceleration of the visa liberalisation process, it is objectively not possible for Turkey to have completely fulfilled this benchmark in time. As an interim solution, as of June 2016, Turkey will issue biometric passports with short validity including both the facial image and fingerprints of the passport holders who wish to make use of visa-free travel to the EU. They will be encrypted to International Civil Aviation Organisation standards. By October 2016, Turkey will issue EU standard passports. This solution in any case means that only Turkish citizens with a biometric passport will be able to enter the EU without a visa," it added.

"The second benchmark which could not objectively be completed in time concerns fully implementing the provisions of the EU-Turkey readmission agreement, including those related to the readmission of third country nationals. This is not possible simply because these provisions will only enter into force as of 1 June 2016."

In order for the visa waiver to take effect from July, the commission's recommendation must first be approved by the European Parliament and EU member states, which have relied heavily on Turkey to stem the flow of refugees seeking to enter Europe.

On Tuesday, Turkey's cabinet approved visa-free travel for citizens of EU member states seeking to visit the country, according to its Official Gazette.

However, the measure will only be implemented once the EU accepts visa liberalization for Turkish nationals.

Citizens of most EU member states in the Schengen borderless zone are already exempt from obtaining a visa before visiting Turkey, with the exception of citizens of Austria, Belgium, the Netherlands, Poland, Portugal and Spain.

EU member states, including the U.K. and Ireland, are not part of the Schengen zone and are therefore exempt from the visa freedom agreement and continue to require Turkish citizens to apply for visa upon a visit.

Visa exemption will apply to the four Schengen-associated countries Iceland, Liechtenstein, Norway and Switzerland, according to the European Commission.