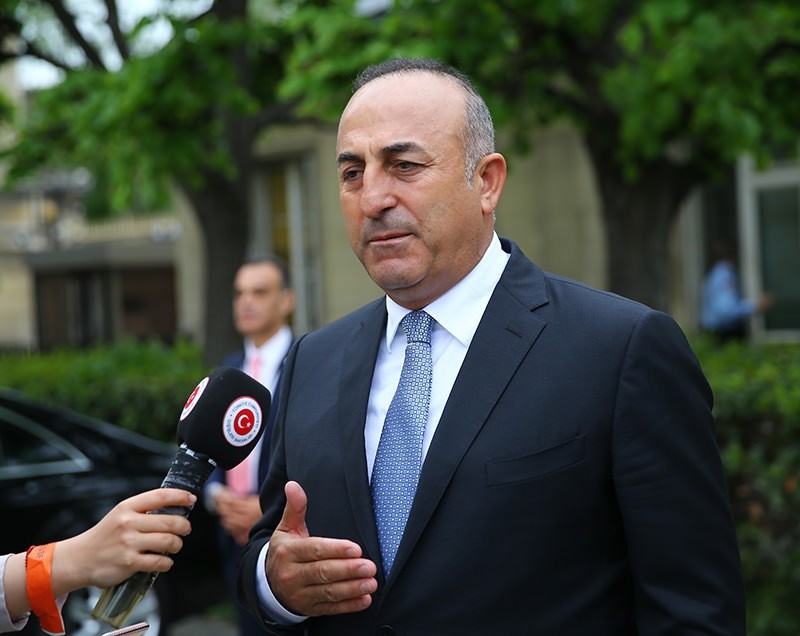 Turkey's Foreign Minister Mevlüt Çavuşoğlu has reiterated that Ankara will not change its counter-terrorism law, charging that EU pressure on the issue constitutes "support for terrorism".

Speaking at a dinner with Turkish businessmen following a meeting on Libya in Vienna late Monday, Çavuşoğlu said Turkey would not yield to pressure from the EU to change its legislation on terrorism in return for visa-free travel in the Schengen zone.

"Telling us to change our anti-terror law at a time when we are fighting against the PKK and Daesh amounts to supporting terrorism. We will never give into such impositions," Çavuşoğlu said.

The European Commission on May 4 proposed visa-free Schengen zone travel for Turks as part of a deal which would see Turkey stem the refugee flow to Europe in exchange for speeding up the candidate country's EU membership.

However, among five remaining benchmarks for Turkey to address in order to receive visa-free travel, the EU has called for changes to Ankara's legislation on terrorism-a demand criticized and rejected by President Recep Tayyip Erdoğan.

Çavuşoğlu criticized the double standards in EU practices, saying some EU countries became members although they had failed to meet the requirements to do so.

"You [the EU] have given visa-free travel to candidate countries without even starting the negotiation phase. Isn't it then the right of Turkish citizens to enjoy this too?

"We are talking about visa-free travel, not membership," he said.

Saying that without Turkey, the EU could not become a global power and solve its economic problems, Çavuşoğlu called for good sense in visa discussions.

"We will discuss the visa issue with EU in a sensible manner. We need to make a road map. Everybody will keep their promises," he said.