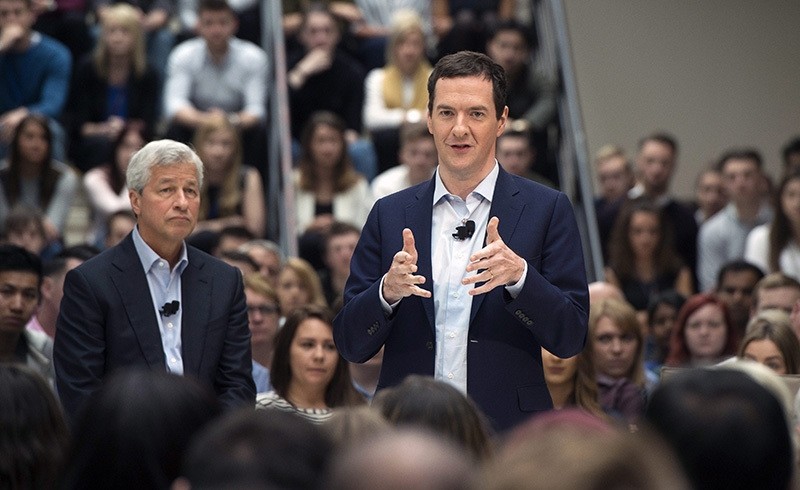 Chancellor of the Exchequer George Osborne (R) speaks with JP Morgan CEO Jamie Diamon (L) during an event on the United Kingdom's membership of the European Union (EU) in Bournemouth, Britain, 03 June 2016. (EPA Photo)
by reuters
Jun 09, 2016 12:00 am

As the “Out” campaign took a slight lead in the Brexit campaign, leading “In” campaign figure and Finance Minister George Osborne voiced concerns about government support for Turkey’s membership in the EU, a key feature used to intimidate voters

British Finance Minister George Osborne said Turkey would not join the European Union, rebutting one of the arguments made by campaigners who want Britain to leave the EU and who are forecasting higher migration if Turkey joins the bloc.

"I don't think it's going to happen in my lifetime," Osborne told BBC television on Wednesday, ahead of Britain's EU membership referendum on June 23. "Is it going to be a member of the European Union? No, it's not."

Campaigners seeking to get Britain out of the EU have put immigration at the center of their push and have said Turkey joining the EU could add to the big flows of migrants already arriving in the country. 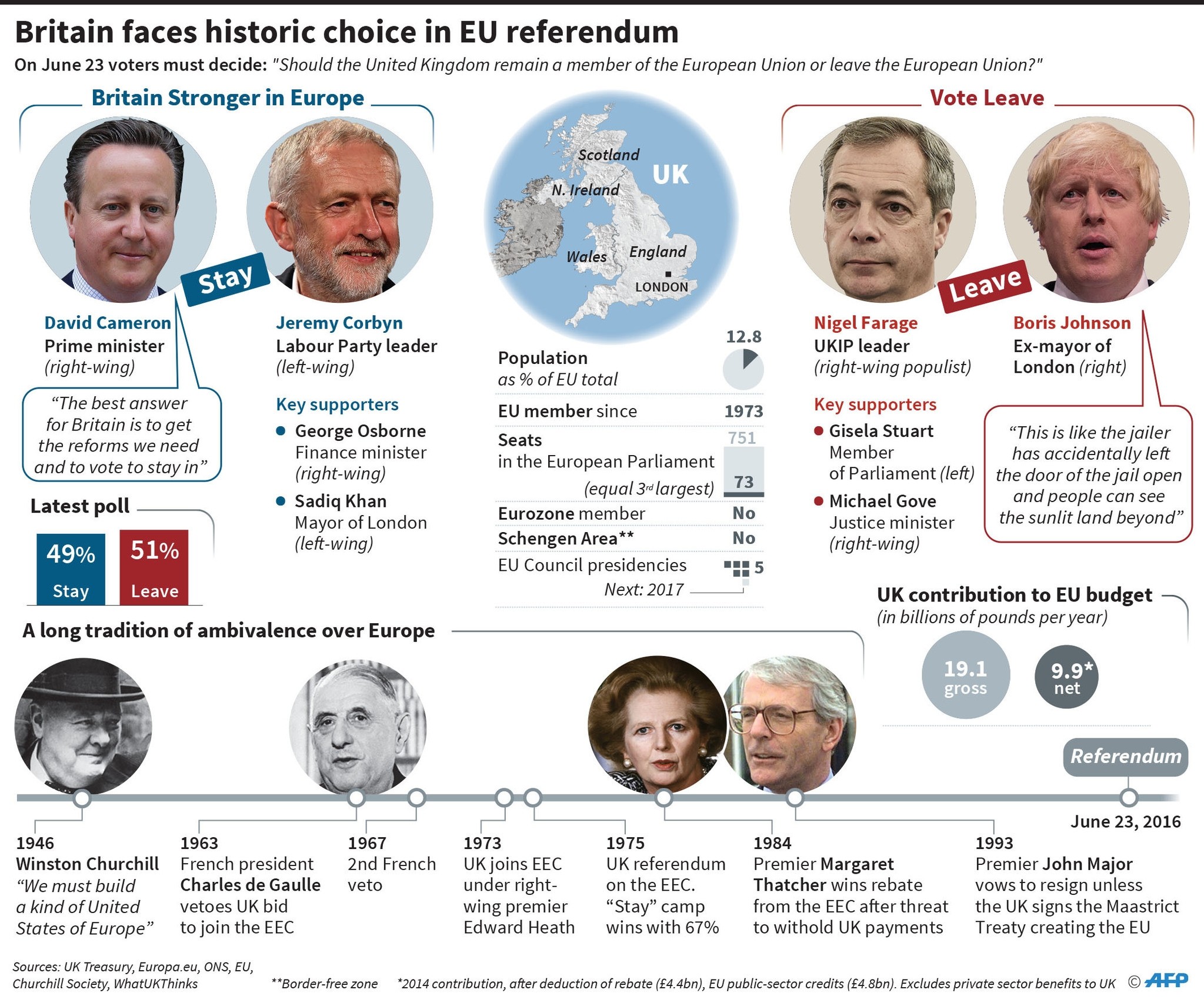 Fears among some voters that the numbers of people coming to Britain is out of control is seen as one of the main weaknesses of the "In" camp backed by Osborne and Prime Minister David Cameron.

Opinion polls have shown the rival "In" and "Out" camps running almost neck and neck with just over two weeks to go until the referendum.

Osborne was questioned about Cameron's previous support for Turkey to join the EU. In 2010, Cameron said he would be the "strongest advocate" for Turkish membership of the bloc.

Claiming that there are concerns about democracy and human rights in Turkey, Osborne said that the government should not back Turkey's membership in the European Union at the moment.

Last month, Cameron dismissed the assertion from "Out" campaigners that Turkey would join the EU soon, joking that its current progress towards accession meant it would not become a member until the year 3000.

Turkey said in May that EU membership remains a strategic goal and a deal to liberalize visas for Turks visiting the bloc should accelerate the accession process.

Vote Leave, the main "Out" campaign ahead of the referendum, responded to Osborne's comments by saying the British government's position on Turkey was not clear.

"The government must now urgently clarify whether its policy on Turkey has changed. Is it now promising to veto Turkish membership?" a spokeswoman for the group said.

Osborne also said in his interview with the BBC that the government was sticking to its target of bringing net migration into Britain to below 100,000, something it has missed by a wide margin in recent years. He said improving economies in other European countries would help dampen migration into Britain.

"As both economies grow, the European economy and the British economy, you don't have this exceptional situation you've had for the last couple of years where you've had very weak economies on the continent of Europe," he said.