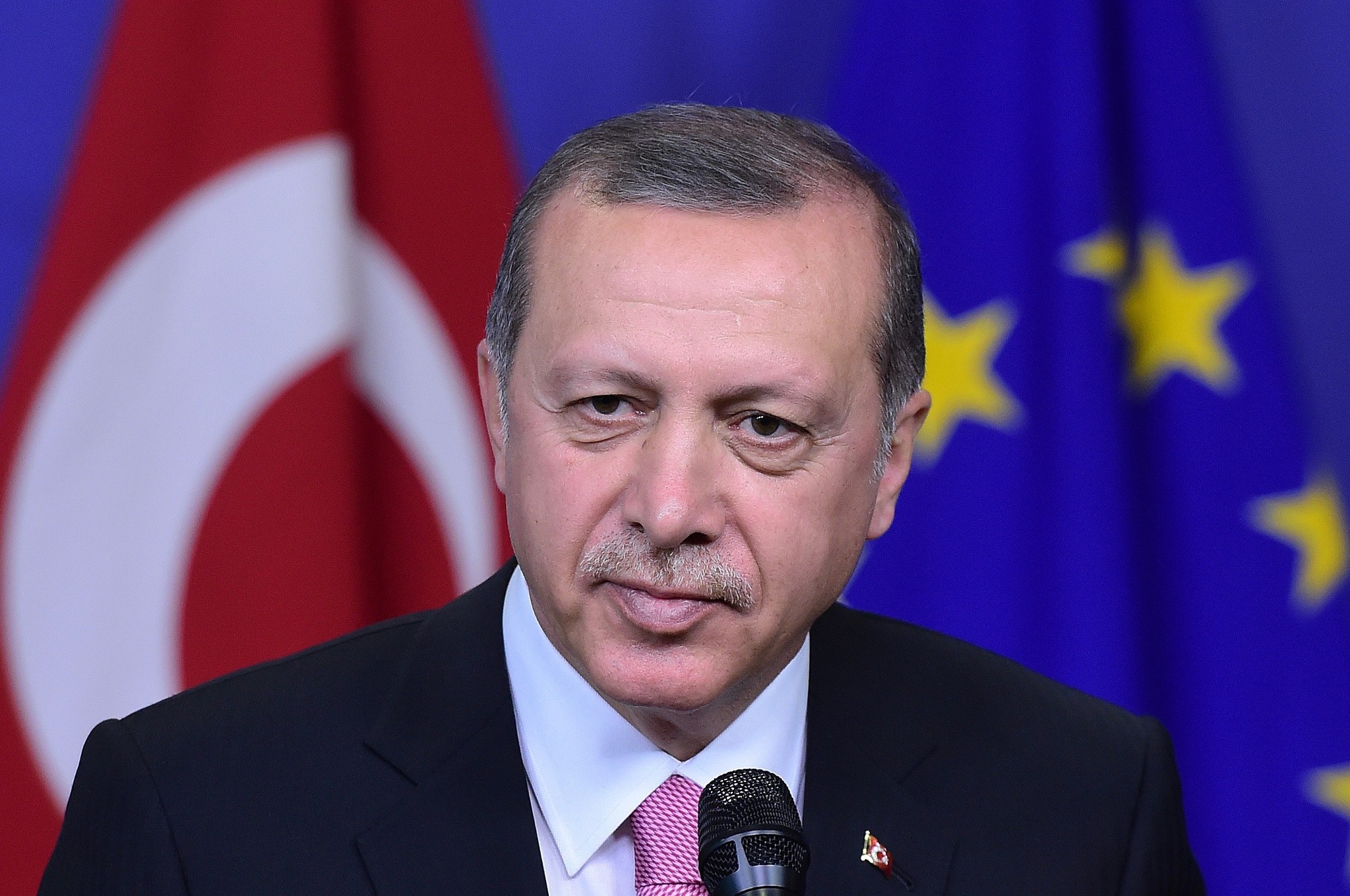 President Recep Tayyip Erdoğan said the European Union is reluctant to accept Turkey as a full member due to its Islamophobic motives.

Speaking at an iftar dinner in Istanbul on Friday, Erdoğan said "The EU's double standard policy towards Turkey has become an undeniable fact,"
Touching upon the referendum held on June 23 in the United Kingdom to decide whether or not to stay in the EU, he said that the Britons' decision to leave the union will mark a new era for the EU.

Erdoğan further added that the EU is likely to face more exits in short term if it "continues on the same path."

U.K. voters opted to leave the EU in a historic referendum on Thursday, sparking worries across European capitals over the political future of the bloc.

Erdogan stressed that Turkey has always given its due importance to the acceleration of Turkey's EU membership bid but the bloc has always been delaying the process.

"Double standards are no longer hidden. They have put more obstacles on Turkey's path. They have been keeping Turkey waiting at their door for 53 years."

"The EU bloc's bad humanitarian and immoral approach to immigrants has led to a serious debate about the trustworthiness of the European Union," he said.

The deal also allows for the acceleration of Turkey's EU membership bid and visa-free travel for Turkish nationals within the Schengen area, on the condition that Ankara meets 72 requirements set by the EU.

Although Turkey fulfilled most of the criteria last month, differences between Brussels and Ankara on anti-terror legislation have forestalled the visa-liberalization deal.

Turkey began its EU accession talks in 2005.In 1963, Turkey and the European Economic Community (the EU's former name) signed an association agreement.