Photo exhibition on PKK, YPG terrorist groups on display at the European Parliament 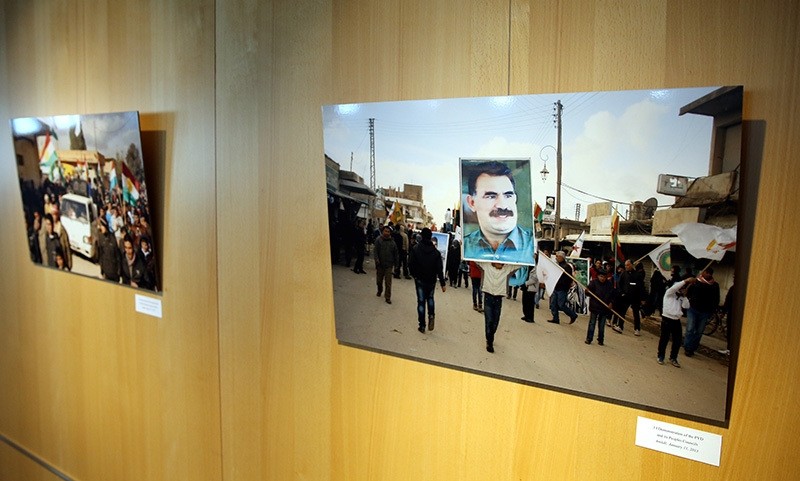 With the March 22 Brussels terrorist attacks still fresh in many minds, a new photo exhibition at the European Parliament features the so-called leaders and members of PKK terrorist organization and its Syrian offshoot PYD.

Around 30 photographs show PKK, PYD, and YPG terrorists in northern Syria, with certain regions labelled "cantons" in the captions.

A large 2013 photograph of PKK head Abdullah Öcalan -- convicted in 1999 of terrorism and treason, and currently serving out a life sentence -- is also displayed in the exhibit. 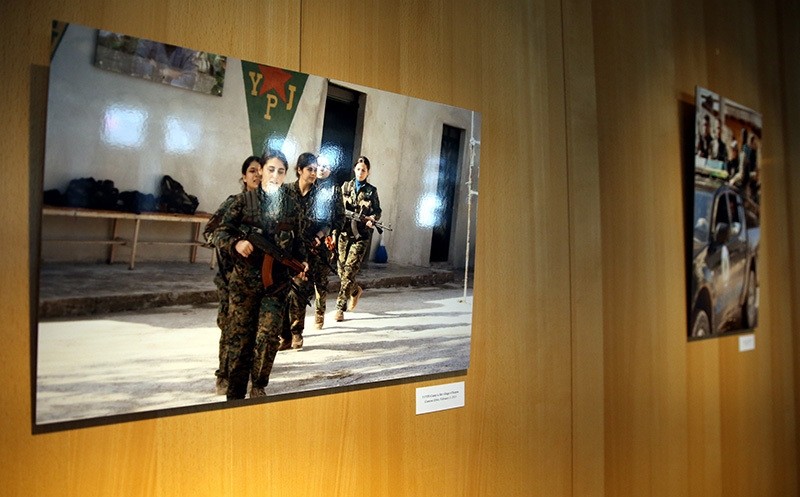 The photographs were taken by Austrian political scientist and cultural anthropologist Thomas Schimidinger, and the exhibit is hosted by Josef Weidenholzer, vice-president of the EP's Progressive Alliance of Socialists and Democrats group.

The pictures, which purport to represent "important figures and historical events in the development of Rojava," a name given to regions of northern Syria, will be exhibited from July 11 until July 15, according to Weidenholzer's official website.

Presidential spokesman İbrahım Kalın strongly criticized the exhibition in Brussels and said that making the propaganda of a terrorist group who targets Turkish citizens daily in its attacks, and doing this propaganda under the roof of the EP, was utterly intolerable.

"We have difficulty understanding the aims of the EP, per se, by promoting a branch of the PKK which is recognized as a terrorist organization by the EU," Kalın said.

"Terror propaganda cannot be regarded as freedom of expression and those who held this exhibition cannot hide behind the claim that the PYD/YPG fights Daesh," he added.

Underscoring that Turkey makes no difference between the PKK, the Nusra Front, PYD/YPG and Daesh who kill the innocent and exert their influence by shedding blood, Kalın said that the EP might as well open exhibitions for Hezbollah, the Nusra Front and the blood-shedding Assad regime.

The fact that the EP is advertising a terrorist organization is clear proof of their double standards which we have reiterated many times, said Kalın.

"The intentions of some European politicians, who at every opportunity criticize Turkey's laws on fighting terrorism, are now clear as day," Kalın further added.

Turkey has repeatedly criticized such displays as serving to promote terrorist groups in European countries, reiterating that the PKK is also listed as a terrorist organization by the U.S. and the EU. 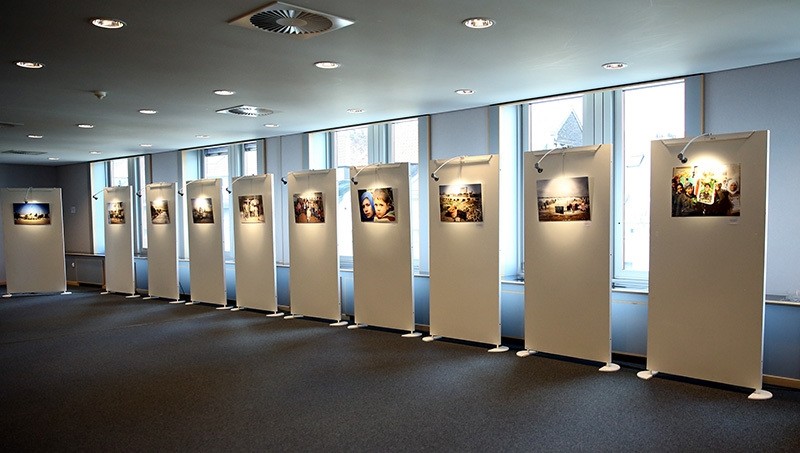 This March -- prior to the March 22 terrorist attacks -- on the eve of a Turkey-EU summit, the Belgian government allowed supporters of the terrorist organization PKK to pitch tents near the EU Council building in Brussels.

Afterwards, Turkish Foreign Minister Mevlüt Çavuşoğlu criticized Belgium for tolerating terrorist groups, saying that they deserve to be treated just like Daesh, and that failing to do so shows a double standard.

Although Belgium says it is taking an active role in combating terrorism, terrorist organizations, the PKK and DHKP-C in particular, are very active in the country.

In June, Turkish officials protested YPG flags hanging on doors and walls in the European Parliament.