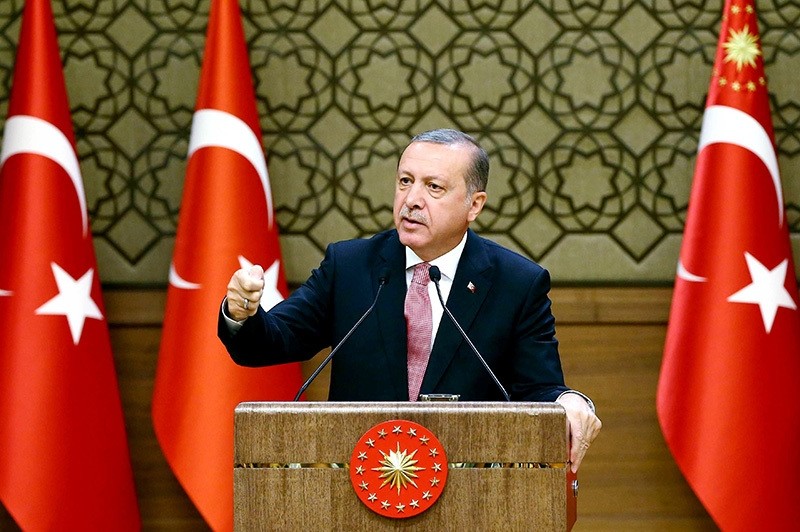 President Recep Tayyip Erdoğan criticized EU foreign policy chief Federica Mogherini for comments she made in the immediate aftermath of the recent coup attempt. Speaking with Italian TV Rai News 24, Erdoğan said late on Tuesday: "Mrs. Mogherini should first have come to Turkey. Now I ask: 'What would be the reaction if the Italian parliament was bombed'?"

Erdoğan called for Mogherini to express empathy for the Turkish people and state in the wake of the crisis. He said: "What would Mogherini say as an Italian? Would she say, 'They did well. How will the judicial process go on? I am concerned about it?' When an incident happens in Belgium or in Paris, when five or 10 people get killed, they all crowd together, don't they? They wonder what has happened. A coup against democracy was staged in Turkey, and now we have 238 martyrs. Unfortunately no one from Europe, the EU or the [European] Council came to Turkey."

His comments respond to Mogherini's remarks just days after the failed coup that aimed to take down the Turkish government in which she demanded Ankara adhere to the Constitution in investigating those behind the attempted putsch. "We need to have Turkey respect democracy, human rights and fundamental freedoms," she said at a meeting of 28 EU foreign ministers, including U.S. Secretary of State John Kerry.

Erdoğan slammed western governments attitude towards Turkey following the overthrow attempt: "All viruses inside the Turkish Armed Forces, police and judiciary and all state establishments should be removed. Does the West take the side of democracy or coups and terror? Unfortunately, the West does support terrorism and stands by coups."

Regarding concerns about the possible reinstatement of the death penalty for those involved in the failed coup, Erdoğan reiterated previous statements that the decision would be left up to Turkish lawmakers, but he cited a strong desire for capital punishment from the Turkish public, saying: "We don't have a death sentence in Turkey. Countries that still have a death sentence include the U.S., Japan, China, India, Indonesia, Bangladesh, Iran, Pakistan, Taiwan, Belarus, Saudi Arabia, Kuwait, the Dominican Republic, Cuba and the Bahamas. Only EU member countries don't have a death penalty. Are our people demanding it? Yes. Almost 75 percent of public opinion polls show this demand." Erdoğan emphasized that he will accede to the decision of Parliament.