Revival of Turkey-Russia relations not against EU, German official says 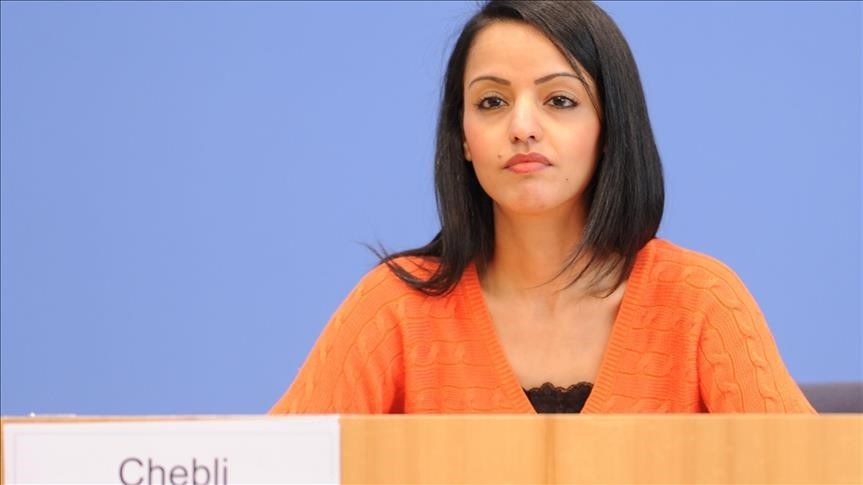 Germany does not view the rapprochement between Turkey and Russia as a move against Europe, a Foreign Ministry spokeswoman said on Wednesday.

"We can clearly see that this is not something directed against Europe," German Foreign Ministry deputy spokeswoman Sawsan Chebli told a news conference in Berlin.

"Seeking rapprochement with Russia is not something that rules out the continuation of close cooperation with Europe. We need Turkey and Turkey needs us. We share many common interests on many political and economic issues," she stressed.

Chebli noted that Turkish Foreign Minister Mevlüt Çavuşoğlu had also made clear in a statement on Tuesday that Turkey did not seek, with President Recep Tayyip Erdoğan's key visit to Russia, to send a message to its Western allies.

Erdoğan met his Russian counterpart Vladimir Putin on Tuesday in St. Petersburg, marking the first meeting between the two leaders since Turkey's downing of a Russian warplane last November.

Chebli underlined that it was important for Turkey and Russia to restore their dialogue at a time of extremely dangerous and complex challenges in the region.

The meeting between Erdoğan and Putin, which came after the defeated July 15 coup attempt in Turkey, has been interpreted in several Western media outlets as a sign that Ankara was seeking a new alliance with Moscow, amid frustration with its Western allies.

Erdoğan has sharply criticized Western countries recently for taking a hesitant approach against the coup attempt and failing to show strong solidarity with the Turkish people.

Putin was among the first world leaders to express support for the Turkish government in the wake of the defeated coup.

Ankara has repeatedly said the coup attempt had been organized by followers of U.S.-based Fetullah Gulen and the Gülenist terror cult.

Russia has also been skeptical of Gülenists' activities, and closed the movement's schools in the country believing they were CIA operations.

In Turkey, Gülen is accused of leading a long-running campaign to overthrow the state through the infiltration of state institutions, particularly the military, police and judiciary, forming what is commonly known as the parallel state.

Approximately 13,000 members of the military, police, and judiciary as well as civil servants have been detained and 6,000 remanded in custody since the failed putsch, and tens of thousands of suspected Gülenists removed from their posts.