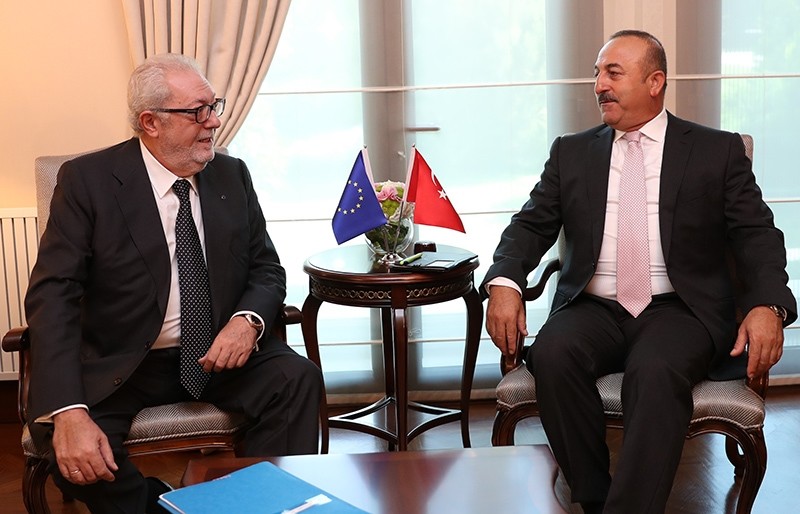 Foreign Minister Mevlüt Çavuşoğlu hailed Thursday the solidarity of Council of Europe with Turkey in the aftermath of July 15 coup bid.

"Council of Europe stood with Turkish people, Turkey's elected President, government and Turkish democracy," Çavuşoğlu said during a joint news conference in the capital, Ankara after his meeting with the president of the Parliamentary Assembly of Council of Europe, Pedro Agramunt.

"Council of Europe has always shared its thoughts and constructive criticism in a sincere way," the minister said, adding: "The organization showed once again that they are the cradle of democracy with their attitude towards the failed coup."

Agramunt said the Council of Europe was "proud to have Turkey as a member state".

"It was a very fruitful meeting with my friend Çavuşoğlu," Agramunt said. "Of course, we will cooperate in the future with all the possibilities."

"I think it will be very good for both parts," he added.

Following the news conference, Çavuşoğlu had a closed-door meeting with the EU commissioner for migration, home affairs and citizenship, Dimitris Avramopoulos.

Turkey's government has said the defeated coup, which killed 240 people and injured nearly 2,200, was organized by followers of Fetullah Gülen, who has lived in self-imposed exile in the U.S. state of Pennsylvania since 1999, and his FETÖ terror-cult.

Gülen is accused of leading a long-running campaign to overthrow the state through the infiltration of Turkish institutions, particularly the military, police, and judiciary, forming what is commonly known as the parallel state.