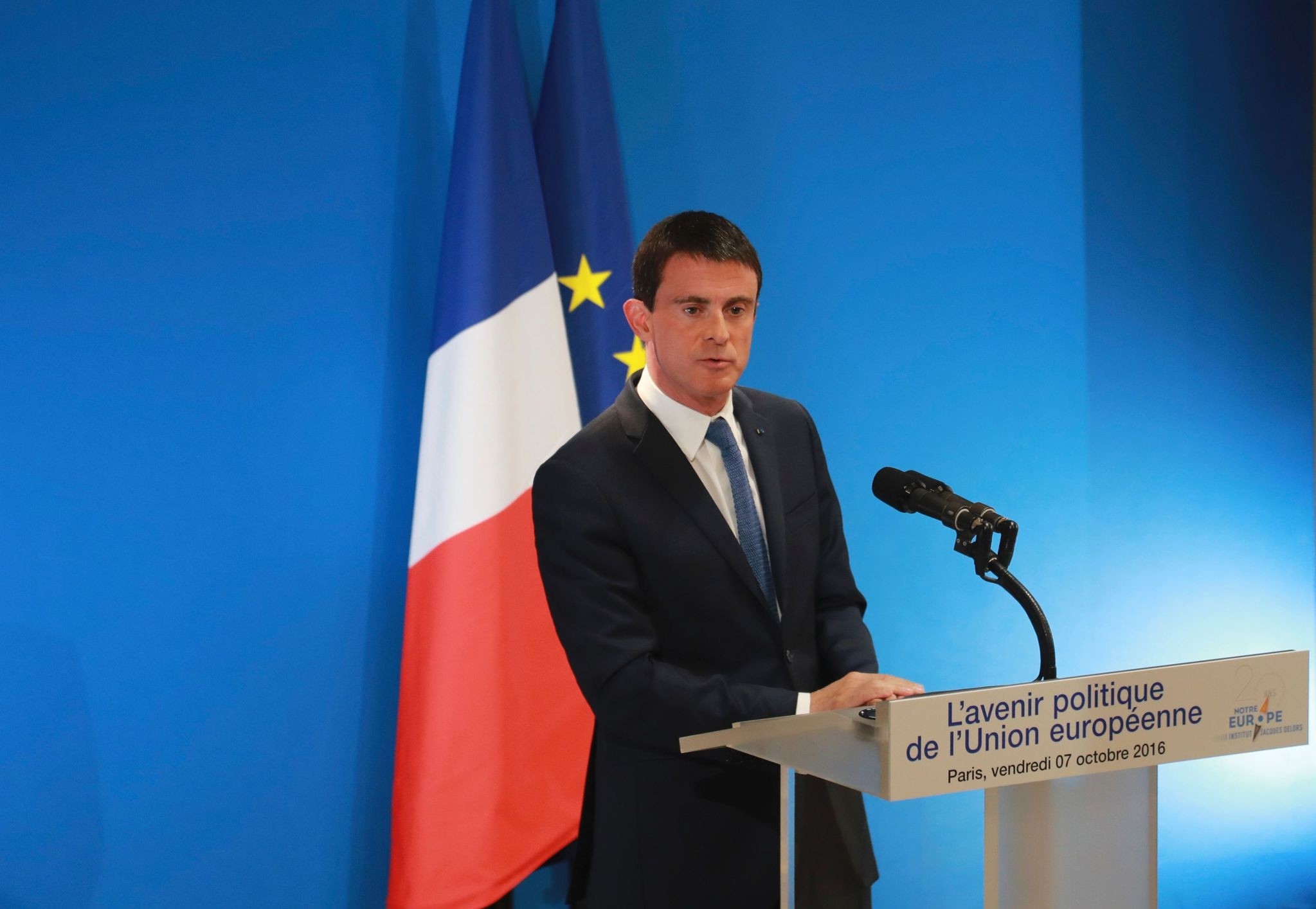 French Prime minister Manuel Valls delivers a speech during a conference on the political future of the European Union, on October 7, 2016 in Paris. (AFP PHOTO)
by Daily Sabah Oct 07, 2016 12:00 am

French Prime Minister Manuel Valls said on Friday that the European Union should stop its hypocrisy over Turkey joining the bloc.

Speaking at the Jacques Delors Institute in Paris, Valls said that the EU's enlargement should not continue indefinitely and although Balkan states will be able to join eventually, EU countries will have to say stop at some point, signaling discontent over Turkey's membership.

"The question of Turkey is of course on everyone's mind. ... The hypocrisy over its membership will have to stop at some point," Valls said.

"Turkey is a very important partner in collective defense and also a 'NATO member'. Turkey as a modern Muslim country has had and will continue to have a place in Europe," the prime minister said.

France has often been portrayed as an opponent of Turkey's EU membership. However, last year Valls spoke out on the country's renewed thrust to enter the bloc when it was seeking Turkish assistance in dealing with the refugee crisis encompassing Europe.

He said in October, 2015 that the stalled EU membership talks must move forward in the National Assembly, adding that the refugee crisis in Europe would be even more dramatic and serious without cooperation with Turkey.