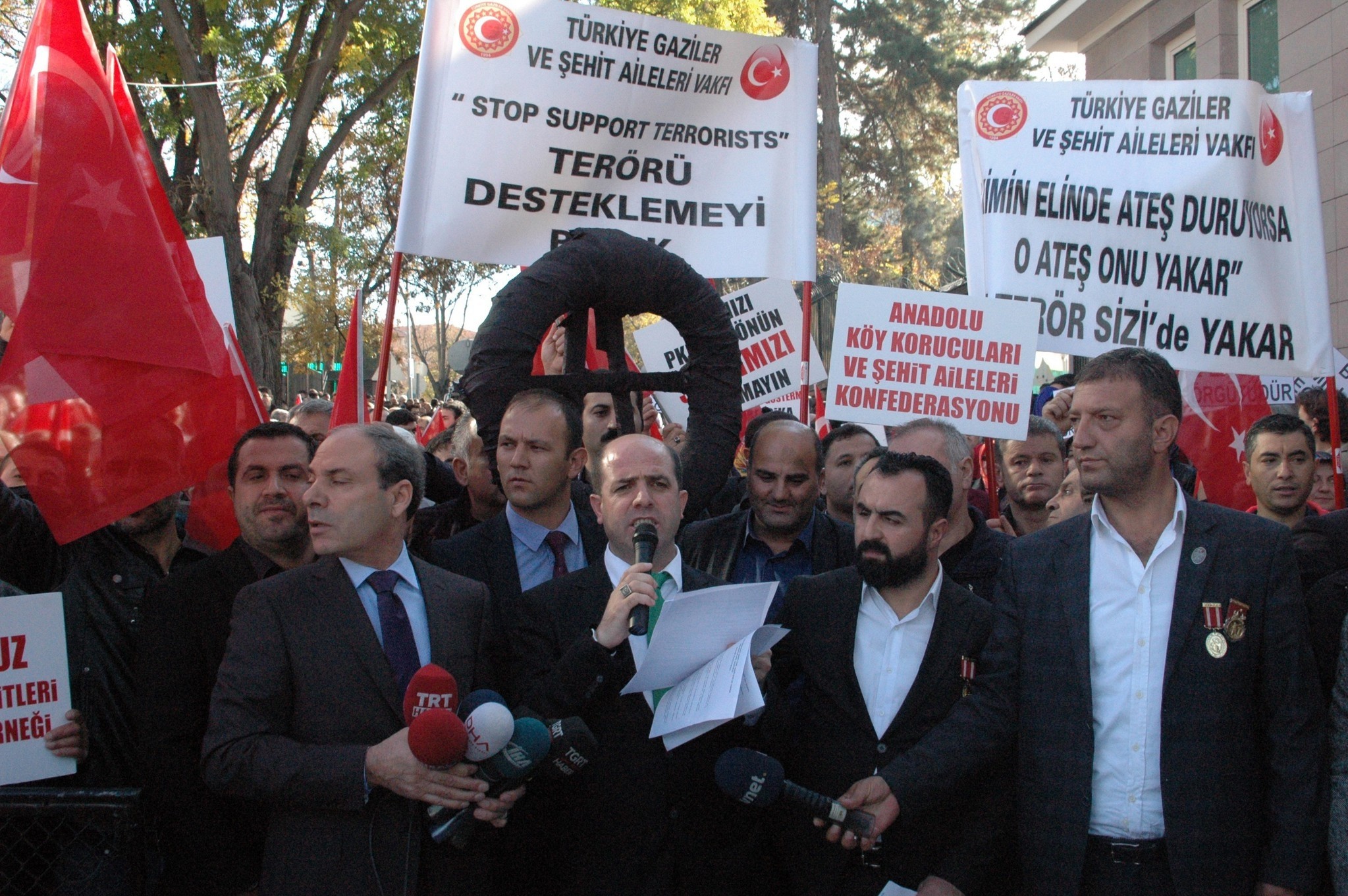 Veterans, village guards and families of Turkish citizens killed by terrorists protested in front of the French embassy in the Turkish capital Ankara for "supporting" the terrorist organization PKK on Friday.

The group of around 200 people gathered in front of the French embassy. They carried banners saying "Terror topples you too", "Stop supporting terror". The group also stood in silence to pay homage to those who were killed by PKK terrorists.

Veterans and Terror Victims Association chairman Ziya Sözen said that they had previously gathered in front of the German and Belgian embassies to protest the countries' alleged support for the PKK.

"We have been supporting France in its fight against terror and as Turkey and Turkish people we condemn the terrorist attacks in France. We think it is natural right to expect the same sensibility from France," Sozen said.

"We strongly condemn France and other European countries [...] for their hypocritical attitude," Sozen added.

"The PKK members you call innocent have killed our district governor, who was serving for Turkish people," he said. "It should not be forgotten that whoever protects and supports terrorists is sharing the crimes committed by terrorists."

Muhammet Fatih Safituük, the governor of Mardin's Derik district, succumbed to wounds early Friday sustained in a PKK terrorist attack on his office a day earlier.

The group left a black wreath in front of the French embassy.

The PKK-listed as a terrorist organization by Turkey, the U.S., and the EU-resumed its decades-old armed campaign in July 2015.