End to Turkey's EU negotiations not a win for EU, EP President says 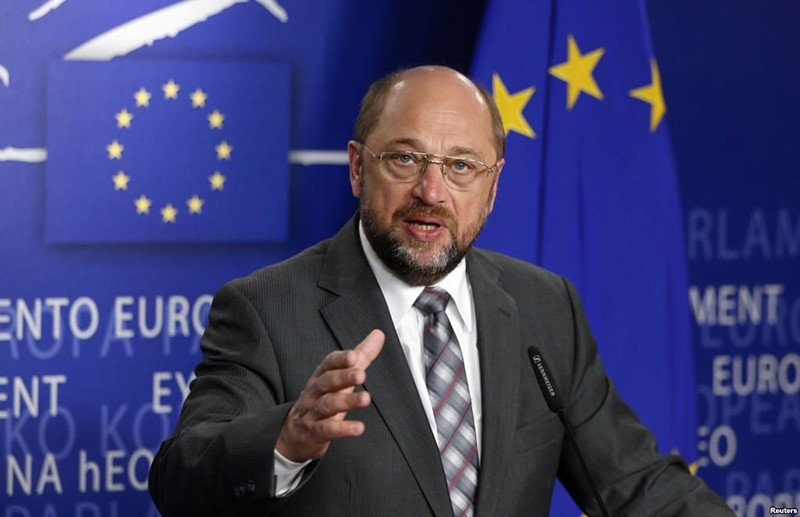 | File Photo
by Daily Sabah with DPA Nov 18, 2016 12:00 am
European Parliament President Martin Schulz said Friday that he hopes Turkey will not give up on negotiations for the country to be part of the European Union, German media reported.

The German lawmaker said that an end to negotiations between the EU and Turkey would not be a win for Europe.

"In fact, it would have the opposite effect. We would miss out on an opportunity to have an influence on what is happening in Turkey, and to perhaps make things better," Schulz said in the interview.

President Recep Tayyip Erdoğan this week warned that he will wait until the end of the year to see if there is progress on accession talks with the European Union, otherwise he could put the matter to a referendum.

Erdoğan recently said the Turkish government will "soon" propose a draft bill to parliament to reinstate the death penalty.

Schulz said that should Turkey impose the death penalty, however, then "it's clear" that would signal the end of accession talks.