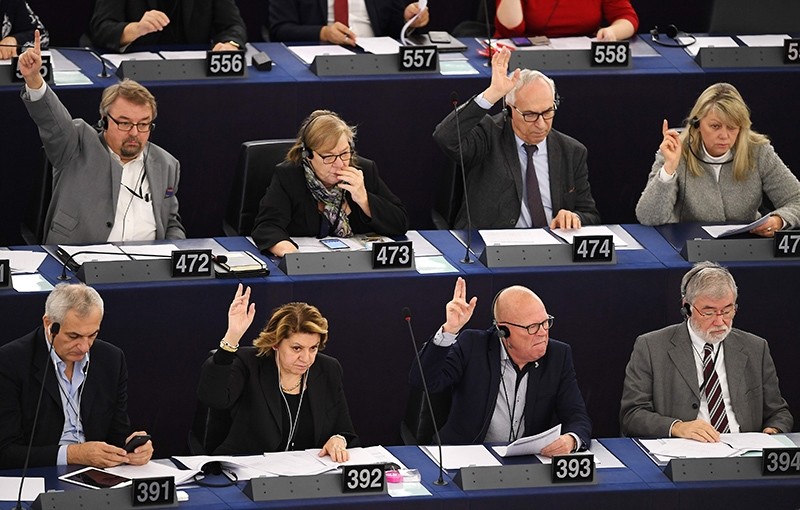 The vote threatens to deepen the rift between Ankara and the European Union, although it will not be binding and European Union states are for the most part against halting the drawn-out accession process.

MEPs agreed on nine clauses which include the 'freeze' expression, arguing Turkey is violating seven of 72 criteria crucial for the continuation of membership talks.

The text said Turkey used "non-proportional security measures" during the country's state of emergency, extended for another 90 days in October following the July 15 failed coup attempt.

Thursday's motion comes as Ankara has been fighting the Gülenist Terror Group (FETÖ) following Turkey's defeated coup attempt on July 15. Tens of thousands of state employees have been dismissed over suspected links to FETÖ.

President Recep Tayyip Erdoğan has already dismissed the vote as having "no value" as it is non-binding, and as most European Union member states so far want to keep the Turkey talks on track.

The Ministry for EU Affairs released a statement regarding the vote on Turkey-EU relations, saying that the European Council has the final decision-making power to temporarily suspend membership negotiations.

"Even if a decision suggesting the suspension of negotiations with Turkey is made after voting in the European Parliament, such a decision will not be legally binding" the statement added.

Last Friday, European Parliament President Martin Schulz said he hopes Turkey will not give up on negotiations for the country to be part of the European Union, and that such a move would not be a win for Europe.

Although Turkey has fulfilled most of the criteria, differences between Brussels and Ankara on anti-terror legislation have forestalled the visa-liberalization deal.

Turkey began its EU accession talks in 2005. In 1963, Turkey and the European Economic Community (the EU's former name) signed an association agreement.