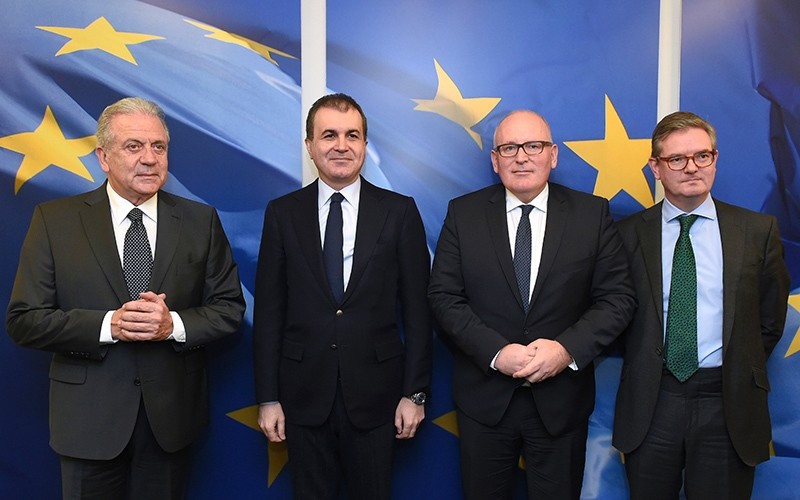 Visa liberalization for Turkish citizens traveling to the European Union may come into effect this month, despite recent tensions between Turkey and the EU, a German daily claimed on Wednesday.

According to a report in Die Welt, the newspaper's EU sources said, officials from Turkey and the European Union are holding talks for visa free travel to the bloc, which was included as a key article of a readmission deal signed between the two parties.

There is a "concrete plan" to ensure visa liberalization and an agreement is almost reached, an EU source reportedly told the paper and added that talks on the subject are expected to start next Wednesday in Brussels.

The report claimed Çelik will present a draft containing amendments to be made to Turkey's anti-terror laws.

In the case that both sides reach agreement on the subject, Timmermans is expected to visit Ankara the following week and the European Commission will announce its support for visa liberalization.

The EU and Turkey reached an agreement back in March to reduce the worst migration crisis that Europe has seen since World War II with EU countries tightening checks on the migration flow and sending refugees who arrive in Greece back to Turkey in exchange for legally processed refugees. In return, Turkey is bounded to receive benefits including visa-free travel for its citizens to the EU's Schengen zone, which in the accord was promised at the latest by June 2016, together with receiving a total of 6 billion euros up to the end of 2018 to spend on meeting Syrian refugees' needs in Turkey.