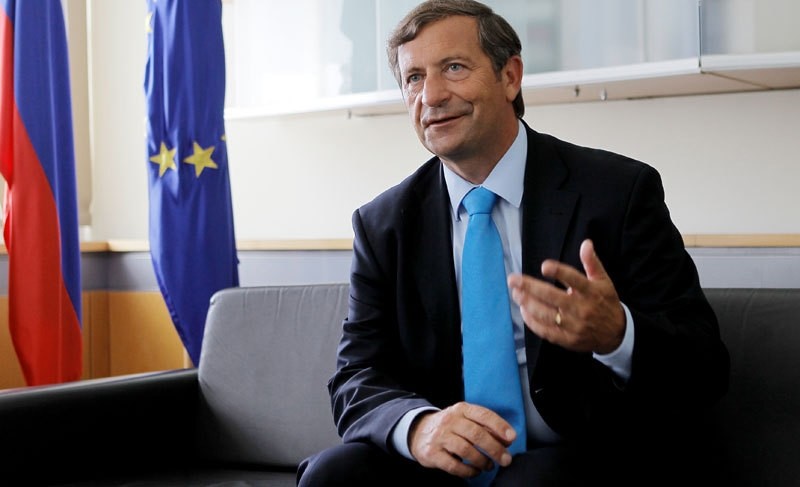 Speaking to Austria's Kleine Zeitung newspaper, Erjavec said "As European diplomats, we should convince our Turkish counterparts to continue dialogue."

The Slovenian foreign minister said he underlined the importance of the refugee deal with Turkey, adding that EU countries will not be able to stop the migrant flow no matter how strong border security measures were.

"Turkey plays a great role in re-establishing peace and stability in Iraq and Syria as well as in the fight against Daesh. The EU cannot simply close its doors to a country in such a position," Erjavec said.

Turkey and the EU signed a refugee deal in March, which aimed to discourage irregular migration through the Aegean Sea by taking stricter measures against human traffickers and improving the conditions of nearly three million Syrian refugees in Turkey.

The March 18 deal also allowed for the acceleration of Turkey's EU membership bid and visa-free travel for Turkish nationals within the Schengen area.

However, almost a year later, on Nov. 24, the European Parliament approved a non-binding motion to freeze EU-membership talks with Turkey, in response to post-coup investigations and recent developments in the country, including measures taken within the framework of the fight against the PKK and FETÖ terrorist groups.

Following the EP's vote, President Recep Tayyip Erdoğan had warned that he'd open the country's borders and allow refugees into the EU.