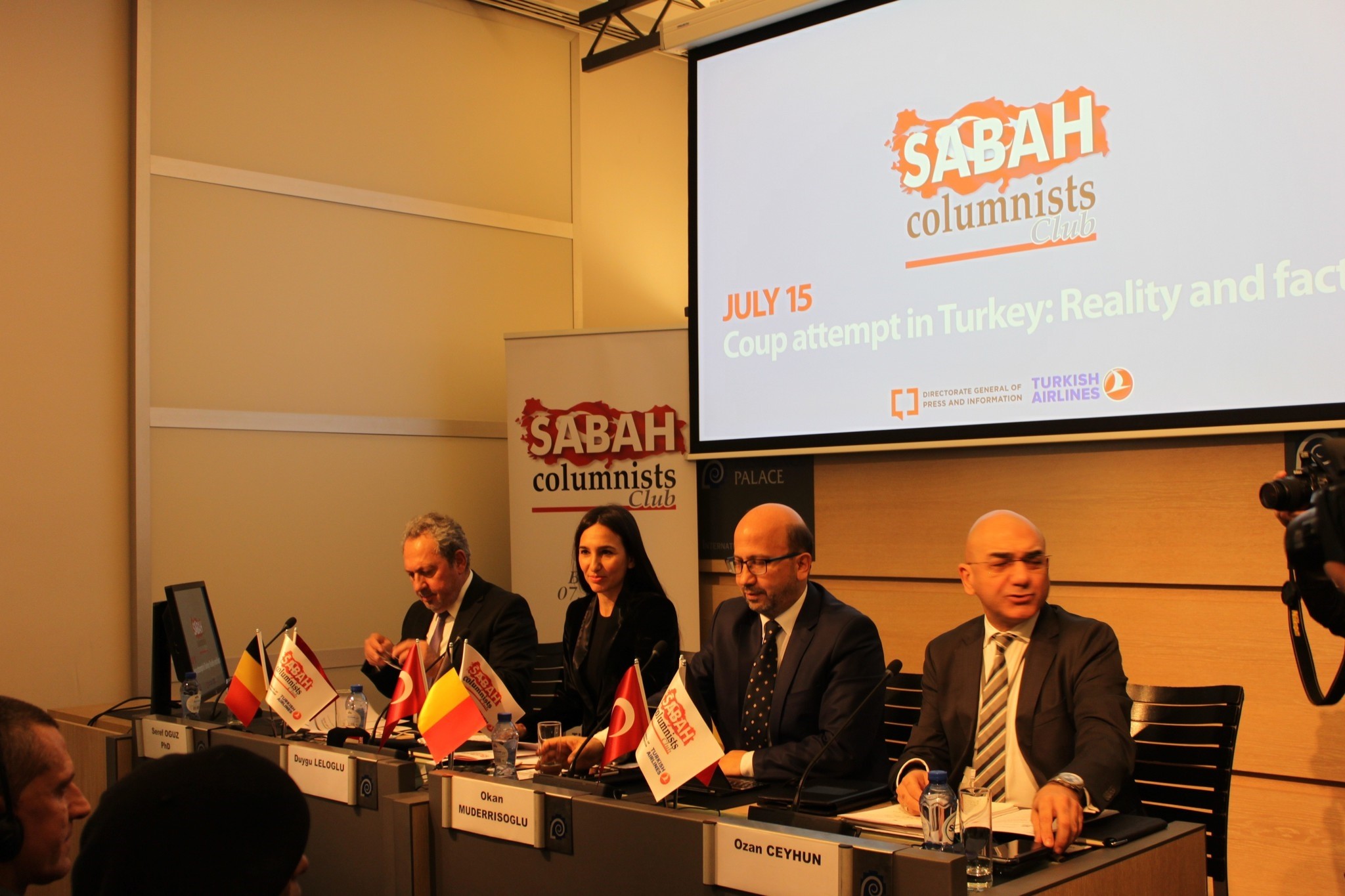 After traveling to London and Washington D.C., the Sabah Columnists Club held a panel in Brussels to explain the July 15 coup attempt and the developments that took place after the Gülenist Terror Group (FETÖ) failed in its military coup attempt.

While the panel was being held at the International Press Center near the European Commission, a pro-PKK conference was held at the European Parliament with the attendance of controversial American academic Michael Rubin, who wrote detailing the probable success of a coup in Turkey four months prior to the July 15 coup attempt. Rubin made a speech titled, "What Role for Western Powers?" in the conference where PKK members sought with red notices also made speeches.

The moderator of the panel, titled "The July 15 Coup Attempt in Turkey: Reality and Facts," was AHaber news channel's anchor Duygu Leloğlu and the speakers were Sabah columnists Okan Müderrisoğlu, Şeref Oğuz and Ozan Ceyhun. Those who attended the meeting included journalists, academics and bureaucrats.

Sabah newspaper's Ankara bureau chief Müderrisoğlu explained how FETÖ is classified as a terror group and spoke about the group's attempt to halt democracy with infiltrators in state institutions and the army. He drew attention to the "messianic" ideology of the cult, which has shadowy beliefs that have paved the way for all sorts of criminal activities and plots.

A former member of the European Parliament, Ozan Ceyhun touched on Turkey's "total war against terrorism" and explained how FETÖ affected Turkey's fight against other terrorist groups and the country's security at home and abroad.

Economy columnist Oğuz talked about the Turkish economy after the coup attempt and the current situation of the Turkish economy. Oğuz stressed that while FETÖ has targeted the Turkish state utilizing its international power, the country has overcome its economic troubles because people are "giving solid support to the leadership of the country."