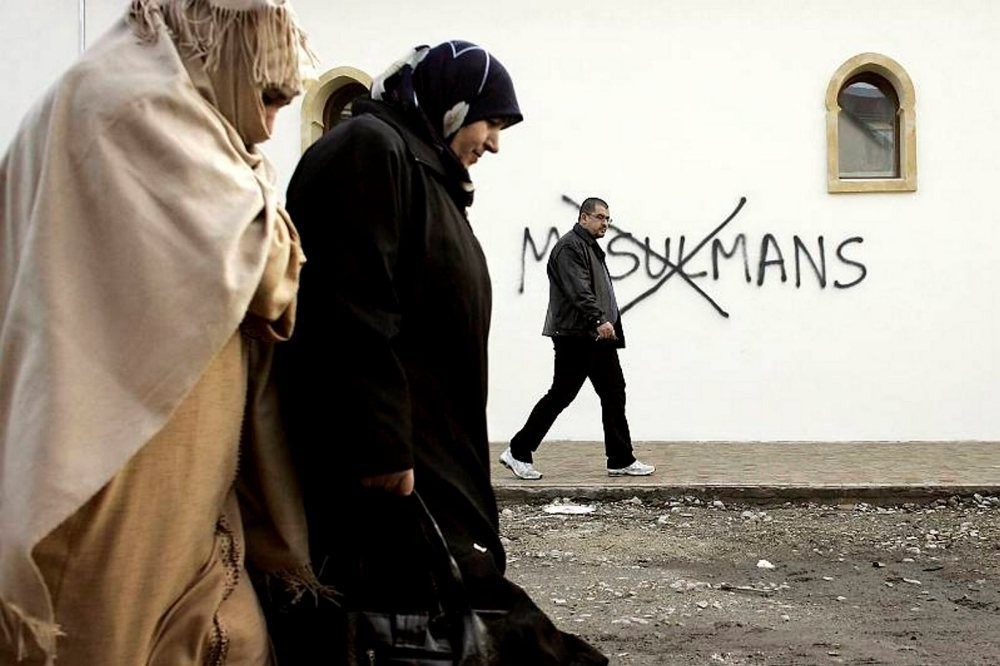 by Anadolu Agency Dec 09, 2016 12:00 am
Turkey's foreign minister has voiced concern about increased racism and xenophobia in Europe as he criticized mainstream political parties for slipping into far-right populism in hopes of securing more votes. "We are witnessing a growing number of attacks against foreigners, mosques and Turkish citizens in Germany and other European countries," Mevlüt Çavuşoğlu said Wednesday during a meeting with representatives of Turkish migrant organizations in the western city of Hamburg.

He underlined that the uptick in the number of far-right violent incidents in recent years is the result of the spread of far-right and populist ideologies.

Çavusoglu warned that such a change in the mainstream parties would undermine common democratic values of European countries and create a major threat to the future of Europe. "I am personally worried. We are now seeing a picture resembling pre-World War II. This is very dangerous," he warned.

Germany, which hosts a 3-million strong Turkish community, has seen racism and xenophobia rise in recent years, triggered by a refugee crisis.

German Chancellor Angela Merkel's Christian Democrats have suffered heavy defeats in recent regional elections, while the far-right Alternative for Germany has seen gains, mainly through the use of anti-refugee propaganda.

But ahead of general elections next year, leading figures in the Christian Democrats have favored stricter measures to limit refugee numbers and demanded the deportations of illegal migrants who came to Germany with economic motivations.

World must be vigilant against FETÖ: Turkish FM

Meanwhile, Foregin Minister Mevlüt Çavuşoğlu on yesterday has urged his international partners to be vigilant against the Gülenist Terror Group (FETÖ), the group largely believed to be behind the failed July 15 coup attempt in Turkey. Addressing his counterparts from 56 nations at the annual meeting of the Organization for Security and Cooperation in Europe (OSCE) in Hamburg, Germany, Foreign Minister Çavuşoğlu warned that FETÖ was not only a threat for Turkey but also for other countries.

"We all need to be vigilant against this terrorist organization FETÖ. Because this is a terror network that is active all over the world in 170 countries," Çavuşoğlu said.