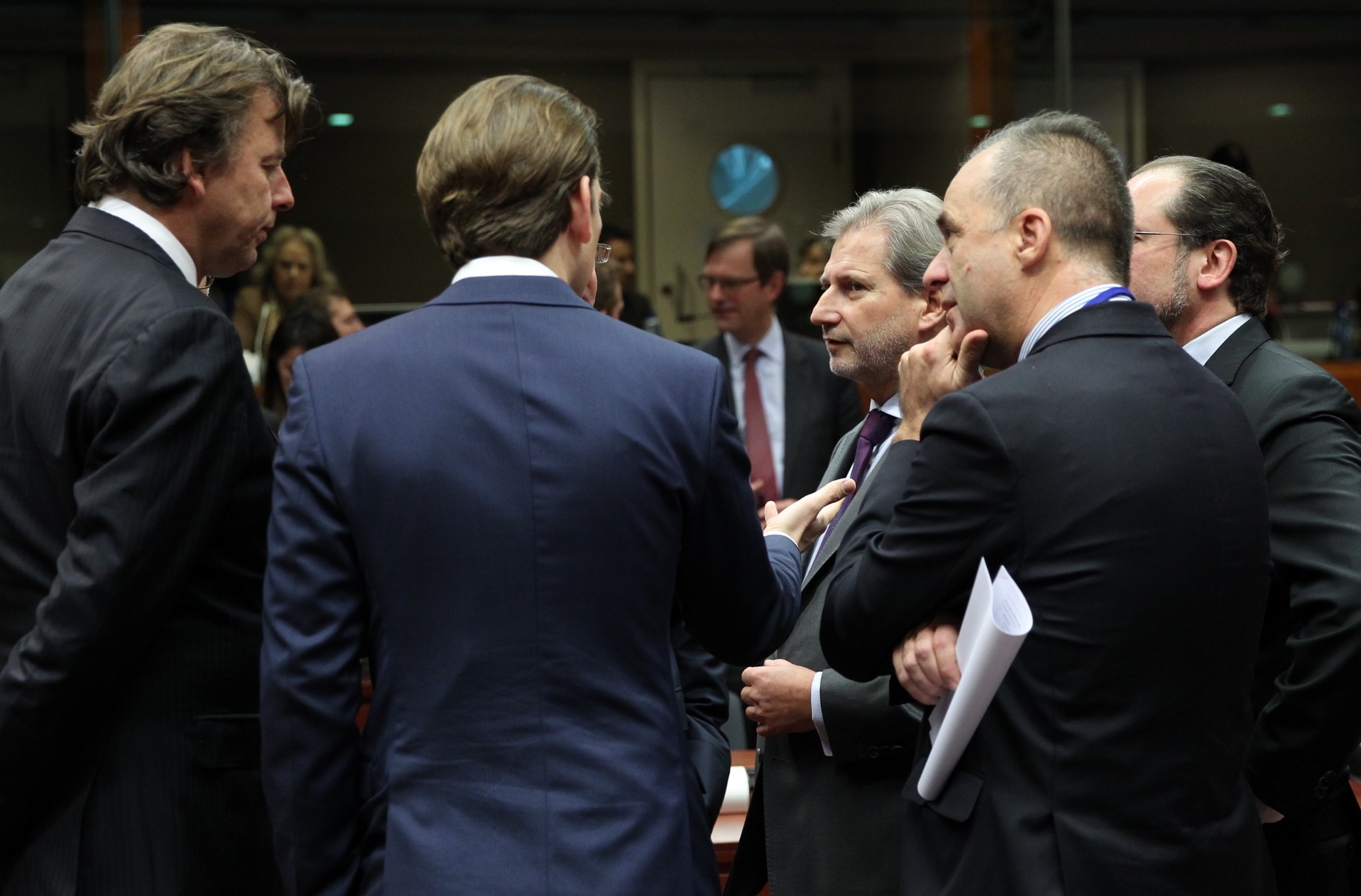 Ahead of the European Union Leaders Summit, foreign ministers from the EU have gathered in Brussels to hold talks on the sour relations with Turkey.

Ministers said Tuesday the 28-member bloc would not open new chapters for for Turkey's accession bid but rejected calls by Austria and MEPs to freeze the accession process.

Before Tuesday's meeting started, some foreign ministers spoke to the press at their arrival in Brussels and argued against calls from Austria for a tough stand against Ankara.

"It is needed to go further on some collaboration with Turkey, it is true for the fight against terrorism, capacity to exchange information on fighters, also to manage together the migration issue," Belgian Foreign Minister Didier Reynders said.

"About the accession process, it is true that it's impossible now to go further with such a very difficult situation in Turkey ... we will say certainly that it is impossible to open new chapters for the accession process," said the top diplomat of Belgium, the country that is at the center of criticisms emerging from Turkey about the permission given to the PKK and FETÖ members to carry out their activities and propaganda in Belgium.

Austrian Foreign Minister Sebastian Kurz said: "Accession talks with Turkey have to be put on hold." The Netherlands is also demanding that the EU freeze accession negotiations, but EU leaders are unlikely to halt the talks.

President Erdoğan warned the EU last month to make a decision by the year's end on Turkey's membership or he would call a referendum on the matter.

While some EU officials have raised their voices to freeze Ankara's EU accession negotiations, EU Foreign policy chief Federica Mogherini says channels of communication should always be open for both sides to listen to each other's concerns and Turkey has strategic importance for the bloc's policies on Syria, energy, the Caucasus and Cyprus.

Relations between Turkey and Europe have been stalled by many issues, including the failure of the EU to grant visa liberalization for Turkish citizens as promised and the EU's indifference to the coup attempt and terrorist organizations attacking Turkey.

The EU has been criticized by the Turkish government for making heavy weather of the visa liberalization. Ankara argues that Brussels' insistence that Turkey revise its terror laws, even while there are threats posed by several terror groups against Turkey's national security, is politically motivated. Although Turkey fulfilled most of the criteria, differences between Brussels and Ankara on anti-terror legislation have forestalled the visa-liberalization deal.

Ankara criticized the EU's stance on the PKK and FETÖ, saying EU states are turning a blind eye to the terror attacks against the Turkish state and its people as well as the activities of the group within the borders of the EU.