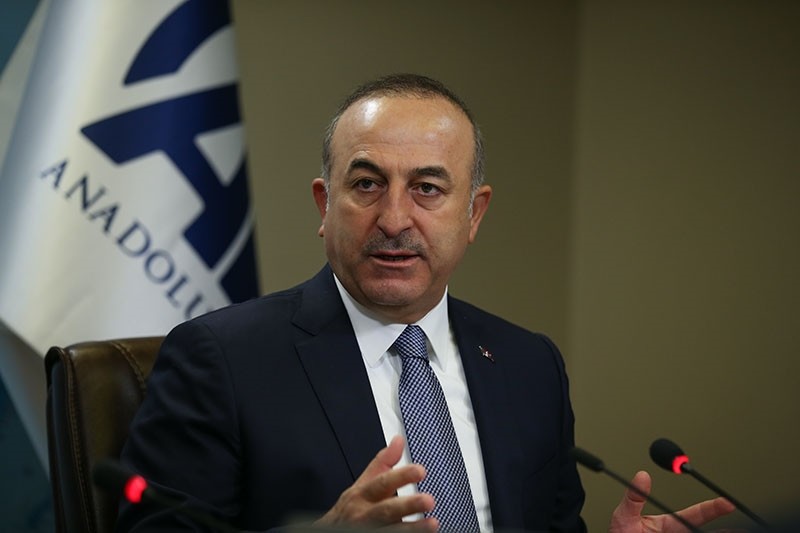 Foreign Minister Çavuşoğlu stated that Turkey did not want to maintain a tense relationship with any country or institution, but would always express its ideas openly in response to an unjust issue.

He indicated that the European Union's approach had recently changed with the fear of losing Turkey, but said that Turkey remained disappointed in the bloc, and had had a crisis in confidence owing to the EU's double standards and its arrogant approach towards other countries.

Çavuşoğlu also stated that if the EU continued to link visa liberation talks to Turkey's terror related issues, tension would continue and indicated that bilateral relations could get back on track if the EU gave up its imposition.

The Foreign Minister also reminded that the EU should meet the obligations of the 18 March refugee deal, stating there was still a payment of 3 billion euros to be finalized, which had previously been supposed to be completed before the end of 2016.

Only a disappointing amount of 700 million in Euro aid has been sent until now, Cavuşoğlu stated.

He also said that Turkish people had lost their trust in the EU membership process, after EU's attitude regarding the failed 15 July coup attempt and the double standards applied to Turkey, adding that around 80 percent of the Turkish people had supported the EU when the Justice and Development Party first came into power.

Commenting on Turkey's EU membership process, Çavuşoğlu said that everyone should stick to the signed documents and if the EU decided to change their minds, they should say so openly.

He stated that the EU was wasting Turkey's time by not wanting it to be part of other organizations but also refusing for it to be part of the EU. Çavuşoğlu reminded that Turkey is not a desperate country.

Speaking on the future Turkey-United Kingdom relations, the foreign minister said that Turkey would strengthen bilateral relations within the common will and announced that Theresa May had plans to visit Turkey on January 27.