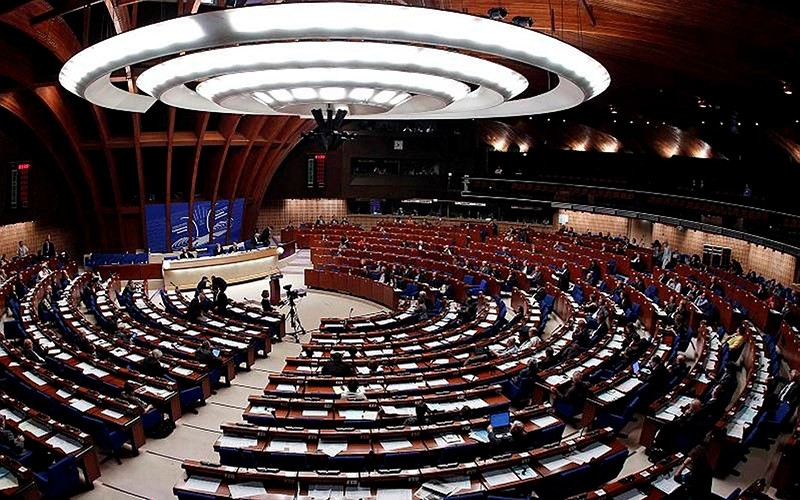 Delegates sit in the Parliamentary Assembly's plenary room at the Council of Europe in Strasbourg, October 7, 2010, during a debate on the recent rise in national security discourse in Europe and the case of the Roma. (Reuters Photo)
by daily sabah
Jan 23, 2017 12:00 am

The Parliamentary Assembly of the Council of Europe (PACE) rejected a demand on an urgent session on the latest developments in Turkey.

The winter session of the PACE started in the French city of Strasbourg on Monday. After confirming that incumbent President Pedro Agramunt will continue his duty since there are no other candidates, and after determining vice presidents, the assembly voted an urgent motion on "the functioning of democratic institutions in Turkey."

Turkish broadcaster NTV reported that Turkey's diplomatic initiatives was important for the rejection of the motion. Turkey might have faced an inspection period – imposed on countries that are experiencing serious weaknesses in democratic processes or failing to carry out its obligations in human rights and the rule of law – had the motion succeeded.

Since Turkey is considered among countries that have partially carried out these obligations, it is within the post-inspection dialogue process.

The motion is expected to be brought to the General Assembly in the spring or summer sessions of PACE.

Prior to the voting, Agramunt stated Turkish citizens' mobilization against the July 15 coup attempt was the primary reason for its failure. Agramunt added that Turkey currently needs the support of PACE, and noted nthat the country faces important problems such as terror attacks and a massive refugee influx.

He also pointed to terrorism, the refugee crisis and the threat against democracy as threats faced by Europe and the rest of the world, underlining the importance of the "No Hate No Fear" campaign launched by PACE.

The general assembly session will address the issues of migration and refugees in June, Agramunt said.