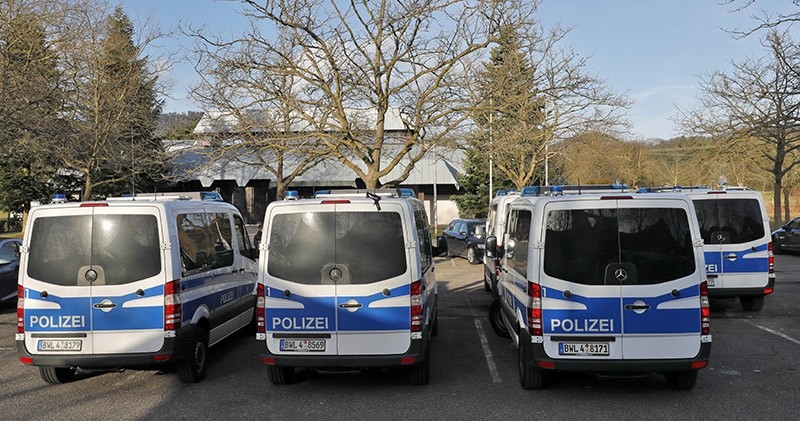 Turkish Justice Minister Bekir Bozdağ, whose meeting with Turks in Germany was banned by authorities in a scandalous decision, slammed German officials and described the decision as "a purely fascist practice."

Bozdağ said that the meeting in the western German town of Gaggenau, organized months before the event, was canceled by the municipality only a couple of hours before through poor excuses of an inadequate meeting hall and parking slots.

"It is very clear that this decision was a scandalous one beyond the municipality. It is a decision against diplomatic courtesy. Germany and German authorities, which keep mentioning democracy, state of law, human rights and rule of law while accusing everyone else but themselves non-compliance with democracy and human rights, have barred the Turkish community from its right of assembly, a principle of universal law, human rights convention," Bozdağ said, and a speaker invited by the Turkish community has the right of free expression in a democratic country.

"We were saying that the Berlin Wall had long been torn down but we see that there are ideological Berlin walls which continue to exist throughout Germany and new owns are also being built" Bozdağ said.

He added that Islamophobia, discrimination, xenophobia and racism are sicknesses that threaten democracy in Europe and he believes that there is a larger portion of society in Germany who oppose these but remain silent, therefore threatened to be "sickened" by these views.

The justice minister said that anyone who commits a crime against Turkey finds safe haven in Germany, including members of terrorist groups like the PKK, the Revolutionary People's Liberation Party-Front (DHKP-C), and Gülenist Terror Group (FETÖ).

The denial of permission, though citing overcrowding concerns, came after German opposition parties and several media organizations called on the government not to allow Turkish politicians to address rallies ahead of a referendum in Turkey on constitutional changes.

Bozdağ was to address Turkish citizens on the proposed changes, which go to a referendum on April 16.

Turkey's Foreign Ministry has summoned the German ambassador, Martin Erdmann, over the cancellation, according to a ministry source, and Foreign Minister Mevlüt Çavuşoğlu also criticized the move.

Among Germany's 3 million-strong Turkish community, nearly 1.5 million of them are eligible to vote. They can cast their ballots from March 27 to April 9.