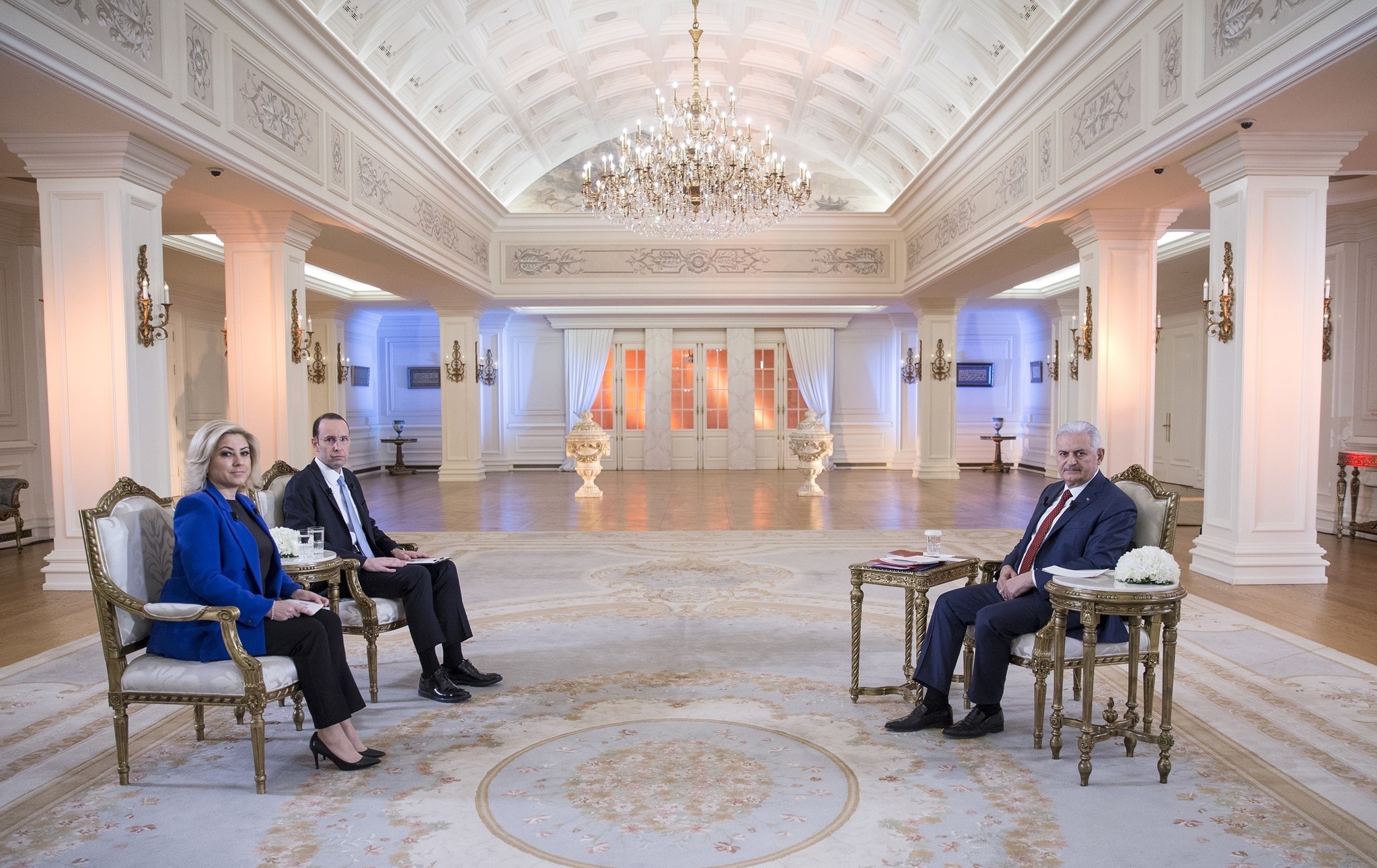 In a TV interview, Yıldırım said opposition Nationalist Movement Party (MHP) leader Devlet Bahçeli's attitude served as a good message to Europe and how it is treating the April 16 Turkish constitutional referendum.

"This was a good message to Europe and I think it is important to show how Turkey is united in national affairs," Yıldırım said.

Earlier on Monday, Bahçeli told a Turkish TV channel that he would be glad to accompany President Recep Tayyip Erdoğan on a potential rally in Europe.

"If the president decides to go to Europe, he is not alone in his decision. As the MHP leader, I would go to Europe along with him," Bahçeli said.
Yildirim also told how in a phone call on Saturday he and German Chancellor Angela Merkel discussed the recent rally ban crisis between the two countries.

"We clearly expressed Turkey's concerns on the issue. Democracy means freedom, democracy means sharing ideas without being subject to any restrictions."

"If Germany does this [a rally ban], it makes what they say to Turkey about democracy meaningless," Yıldırım said.

Relations between Turkey and Germany plunged to a new low last week after local German authorities cancelled rallies of Turkey's justice and economy ministers, who were scheduled to meet the representatives of Germany's 3 million-strong Turkish community, on the proposed constitutional changes.

On Sunday, Erdoğan slammed German authorities for undermining the freedom of expression and right to assembly, saying such policies "are no different from the Nazi ones of the past".

Nearly 1.5 million Turkish residents in Germany are eligible to vote in Turkey's April 16 referendum on constitutional reforms, which include a switch to a presidential system of governance.

Turkish citizens in Germany can cast their votes at Turkish consulates between March 27 and April 9.