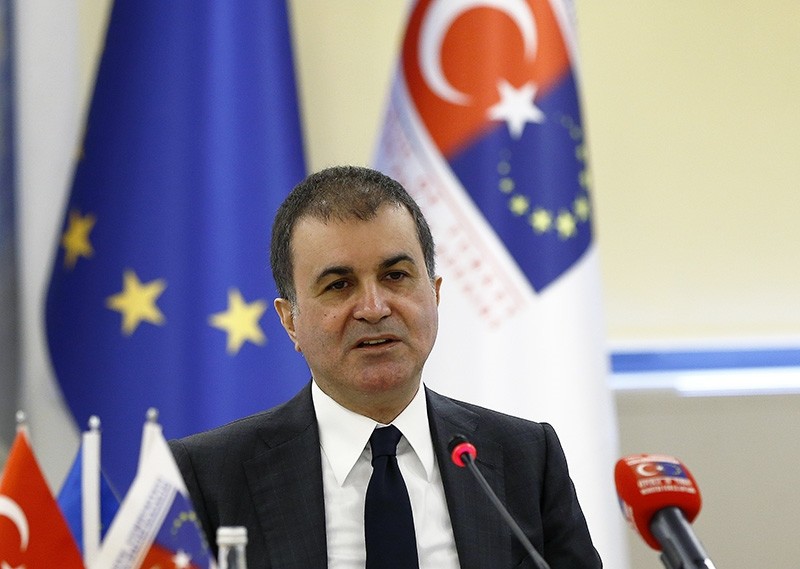 Rising racism and far-right tendencies pose great threat to the European Union, Turkey's EU Affairs Minister Ömer Çelik said on Monday, amid a diplomatic row with the Netherlands over the prohibition of Turkish ministers' entry into the country to meet the Turkish community as part of the referendum campaign.

"The Netherlands' stance towards Turkey threatens fundamental values embraced by the European Union" Çelik told the press in the capital Ankara.

He criticized calls for sobriety made by Russia and France, saying that the Netherlands violated human rights by using excessive force against Turkish protesters.

The minister warned that racism will damage the bloc as it poses a threat to human rights and democratic values and said that the EU and the European Council should take action to resolve the issue.

Çelik slammed the incidents in the Netherlands, saying: "What happened in the Netherlands shows how cruel Europe can be when it moves away from basic principles." He added that the nightmare of Europe's past could re-emerge if far-right parties win in the 2017 elections. "The far-right is trying to turn Turkey's crisis with the EU to their advantage," he contended. "The issue is not only political; they are trying to spread anti-Turkish [sentiment] among the public.

Çelik urged all countries to take action against the violation of human rights, while noting that the far-right cannot be fought through the use of far-right discourse.

"Holland's prime minister has surrendered the country to the far-right" Çelik said and continued by noting that European countries had previously said they aim to build bridges rather than walls, but no longer promote such values.

"This notion of fascism scares us" Çelik said, adding that human rights and democracy are not inferior values just because far-right leaders disapprove of them.

On Saturday, the Dutch government canceled the Turkish foreign minister's flight permit and blocked the family minister's convoy from entering the Turkish consulate in Rotterdam. The ministers were due to meet Turkish society ahead of the April 16 referendum concerning a constitutional amendment.

Turkish leaders have said that Turkey will respond and the Netherlands will pay the price for sacrificing diplomatic relations.

Commenting on the Turkish-EU deal agreed in March 2016, Çelik said that the EU does not keep its promises. "There is no legal responsibility for Turkey to continue this readmission agreement. We keep to this agreement out of reasons of conscience," he said. He also noted that the land crossings in the deal should also be reevaluated since the EU failed to do its part with the agreement. However, Çelik stressed it is early to say whether Turkish-EU relations will be frozen.

Contending that all phobias have emerged from Europe, Çelik said that EU foreign policy chief Federica Mogherini's statements have no value. "Mogherini's statement is a statement that far from comprehends Turkey's realities," he said. The EU minister also slammed Hahn's statement, saying his comments along with Mogherini's are only aimed at weathering the storm.

Regarding speculation about the cancellation of EU funding to Turkey, Çelik said no such statement has been made.