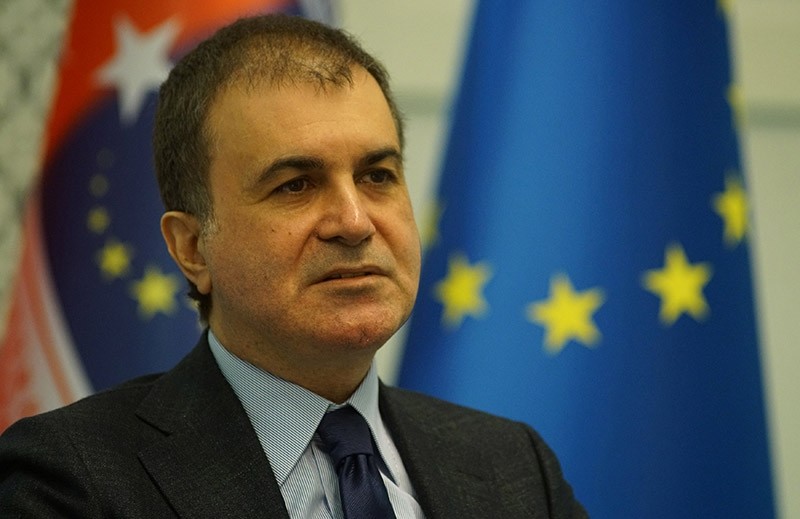 The time has come for Turkey to reassess its migration agreement with the European Union as it has become clear the bloc would not take a fair stance on its promise to grant Turks visa-free travel, EU Affairs Minister Ömer Çelik said on Wednesday.

In an interview late on Tuesday, Çelik said that Turkey has fulfilled all of its obligations regarding the agreement, but the EU has failed to keep its promises.

"We were supposed to hold a meeting with EU Commission Vice President Frans Timmermans but I currently do not think it is necessary as I do not see any progress at the moment" Çelik told Reuters.

He noted that Turkey reserves the right to review the deal and that the time has come to reassess it, while slamming the bloc for failing to adopt an objective and fair stance regarding the matter.

It allowed EU to return illegal migrants - who traveled through Turkey - to Turkey in order to be processed before they are sent back to their country of origin. Citizens of Iraq and Syria, which make up the majority of illegal migration, are not part of the deal.

Another agreement signed in November 2015 shortened the transition time, and pledged to allow Turkish citizens to enter the Schengen area without a visa.

Çelik also said that Dutch investment in Turkey is not at risk from the recent diplomatic row between the two countries, as Ankara's ire is focused on the Dutch government, not its people or businesses.

Turkey suspended high-level diplomatic relations with the Netherlands on Monday, a few days after Netherlands blocked Turkish ministers from meeting with Turkish community in the country.

While one deputy prime minister has said that economic sanctions could be in the works, Çelik said Ankara was making a call to businesses worldwide that Turkey was a safe country for investment.

"Dutch businessmen who invest, have businesses and create employment in Turkey are included in this (call). They are definitely not part of the crisis," he said.

Asked if Dutch companies active in Turkey would be impacted by the row, Çelik said: "The private sector, business world, tourists and the people of the Netherlands are not a part of the crisis."