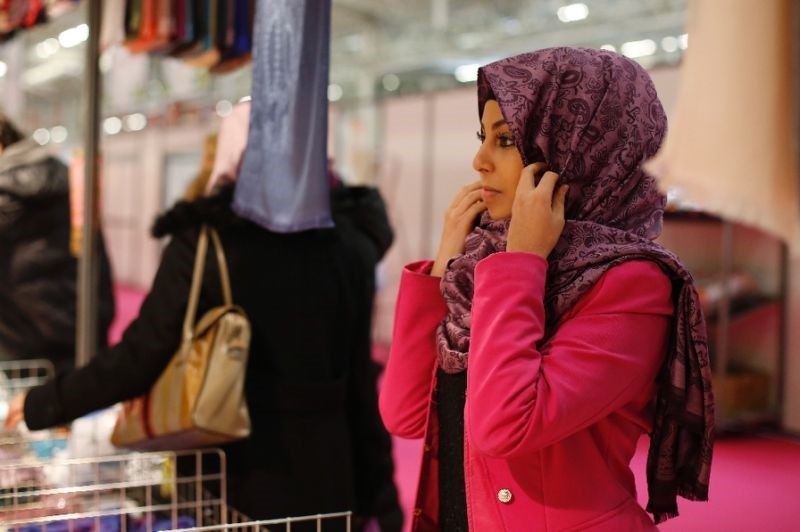 The decision by the Court of Justice of the European Union that recently said companies could ban their workers from wearing religious symbols, including the hijab, has sparked international criticism from rights groups and politicians who say that the decision will trigger further discrimination against religious freedoms and human rights

In the midst of the Court of Justice of the European Union's (ECJ) ruling allowing employers to ban workers from wearing any religious symbols, including the hijab worn by Muslim women, the international community as well as Turkish politicians continue to express their concerns, condemning the controversial ruling, saying that the disturbing decision will trigger more discrimination against people's choices. As Tuesday's ruling came in response to Belgian and French appeals courts calling on the ECJ after two cases of Muslim women being fired for wearing the hijab, Amnesty International (AI) criticized the decision, urging nation-states to react against the scandalous decision. The AI's reaction to the ECJ decision stated that the ruling "gives greater leeway to employers to discriminate against women - and men - on the grounds of religious belief." The European Network against Racism (ENAR) said the ECJ's ruling "is an extremely worrisome decision because it effectively bars all Muslim women from wearing the hijab in the workplace."

The controversial decision also drew criticism from Turkish politicians. Turkey's EU Minister and Chief Negotiator Ömer Çelik stated during an interview with the A Haber news channel yesterday that "The ECJ's decision was influenced by the trend of Islamophobia [in Europe]." He called on all states to appeal to the European Court of Human Rights (ECHR) regarding the matter. Justice Minister Bekir Bozdağ described the ECJ decision as the "apocalypse of justice."

Speaking at the Justice and Development Party (AK Party) Yozgat provincial organization meeting yesterday, Minister Bozdağ stated that the ECJ's decision to allow a ban on the hijab is "a violation of human rights," adding that "forcing people to choose between practicing their religion and their jobs does not comply with human rights, EU values or with law and justice." Reminding that xenophobia, racism, Islamophobia and anti-Turkey tendencies are a serious disease in European states, Bozdağ said, "They are trying to further spread the diseases through remarks and actions rather than finding a solution." He also remarked that "The ECJ, which is responsible of protecting the joint justice in Europe, has bombarded justice."

The controversial ECJ ruling is viewed as the result of rising anti-Islam sentiment, xenophobia and extremism in European politics by many groups, while the Conference of European Rabbis said the European court had worsened rising hate crime by sending a message that "faith communities are no longer welcome." The Conference of European Rabbis further noted that the ECJ's ban decision "sends a signal to all religious groups in Europe."

The United Sikhs, a U.N.-affiliated advocacy group, described the decision as "disturbing" while stating that the ruling allows companies to prevail fundamental human rights.

The critics have highlighted that the decisions against the religious symbols, which would violate the freedom of religion, could ultimately be extended to other realms, which would devoid the basic human rights and freedoms.

Özlem Zengin, chief adviser to President Recep Tayyip Erdoğan, told Daily Sabah that forming "an invisible religion is impossible" and added that the ECJ has no right to do so.

Commenting on the decision, Zengin said, "The decision made by the ECJ disregards all means of judicial values. I personally noticed a matter of a political decision, resulted from Europe's recent oppressive, increasing anti-Islam trend."

Continuing on by stating that the matter of the hijab in Europe is "among one of the most politicized issues," Zengin further emphasized that the ECJ's decision "disregards all legal values of the European legal system," while noting that politics and prejudices must not be associated with the justice system.

"I am not surprised about the decision," Zengin said as she added that "what actually surprises me and rather creates concerns is creating anti-Islamism on the grounds of the justice system."

"European countries are currently conducting politics, and creating anti-Islamism under the cover of justice. We have seen this throughout the referendum process as well with the incident with our minister [referring to Turkish Family and Social Policies Minister Fatma Betül Sayan Kaya]. Thus, I believe that the world, especially Europe, will learn humanitarian values as well as how to improve their judicial system from Turkey," she said.

Criticizing the top European court's decision in the scope of justice, Zengin emphasized that "abusing the justice system" is the worst that could be done against justice itself.

Cem Duran Uzun, a constitutional lawyer and director of Law and Human Rights at the Political, Economic and Social Research Foundation (SETA) also described to Daily Sabah the two main problems regarding the decision.

"First of all, the decision directly targets Muslim women wearing the hijab despite the ECJ trying to make it seem as the decision is aimed at all religious symbols. Secondly, there is a faulty perception with the decision, claiming that the hijab leads to a biased opinion while women who do not wear the hijab are unbiased. The decision aims to display the hijab as reason for prejudice," Uzun said. The judicial expert further noted that the ECJ's decision is heavily influenced by the rising "Islamophobia, Turkophobia and racism throughout European Union countries. ...It is influenced by the far-right political groups in Europe."