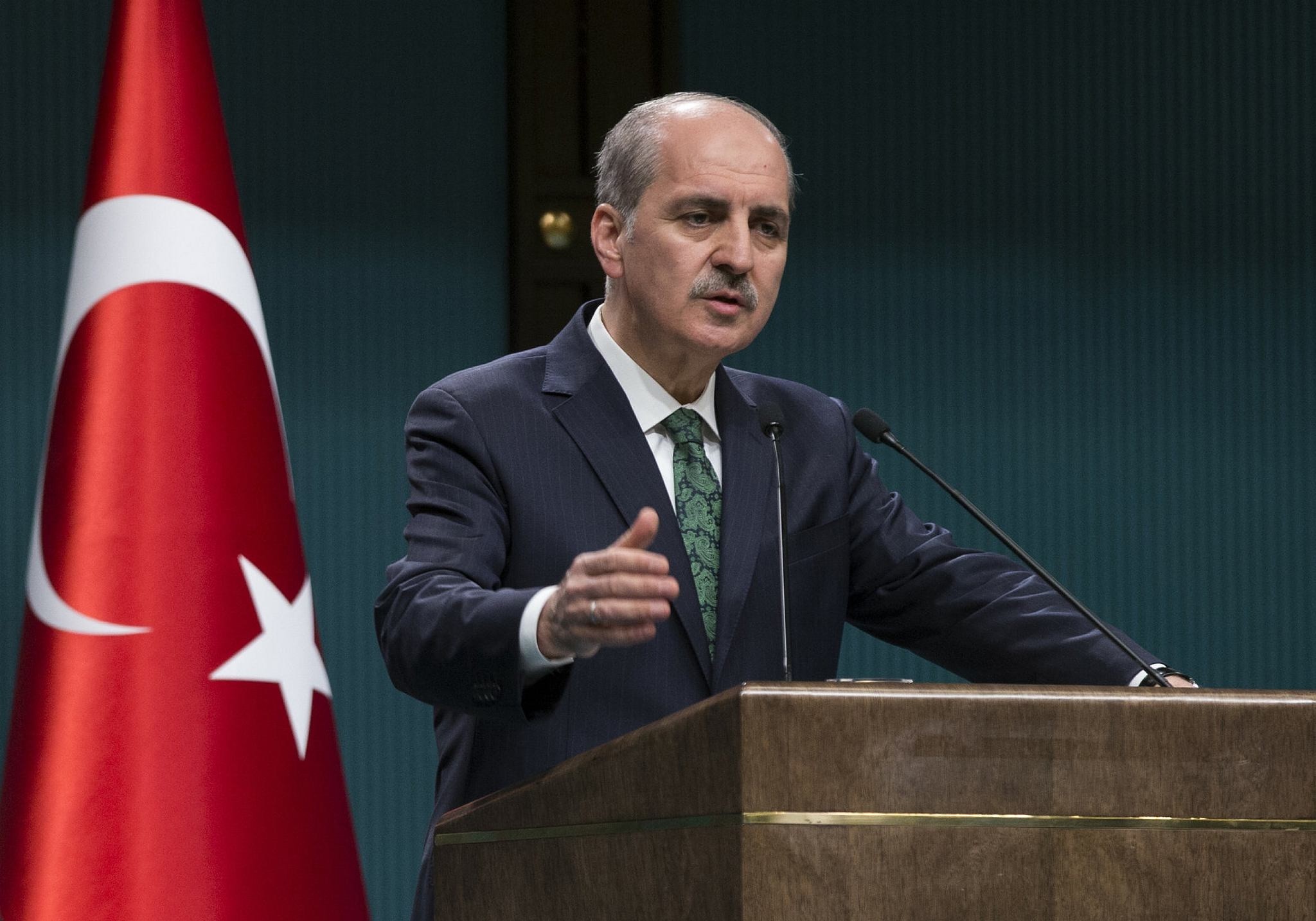 Deputy Prime Minister Numan Kurtulmuş said on Monday that the remarks of the head of the German Federal Intelligence Service (BND) over the role of Gülen in the July 15 coup attempt "mean more hostility with Turkey" and deemed the words "unacceptable."

In an interview with the Der Spiegel weekly published Saturday, BND chief Bruno Kahl said about the Gülenist terror cult's (FETÖ) role in the coup: "Turkey has tried on different levels to convince us of that, but they have not succeeded."

Speaking to reporters in the capital Ankara, Kurtulmuş said: "I would like to say that we have difficulty to understand why on earth he said those remarks.

Led by U.S.-based Fetullah Gulen, FETÖ is accused of orchestrating the July 15 coup plot -- which left 249 people killed and 2,193 injured -- as well as being behind a long-running campaign to overthrow the state through the infiltration of Turkish institutions, particularly the military, police, and the judiciary.

Turkey has submitted evidence of the FETÖ coup plot to governments worldwide, including Germany and the U.S., and urged them to eliminate FETÖ institutions in their own countries as well as extradite suspected members.

"If the German intelligence chief says, 'We are not convinced that FETÖ is behind the coup attempt,' then he must be either blind, deaf, or he needs to hide the plotters as they failed in what they wished to happen," Işık said.

Kalın also said Kahl's remarks were "quite noteworthy in proving who is supporting FETÖ".

The controversy over FETÖ follows another over a PKK rally in Frankfurt.

Around 9,000 people marched Saturday in the central German city of Frankfurt with PKK posters and flags, openly defying the federal government's prohibition of terrorist symbols in public places, including PKK symbols.

"The PKK is listed as a terrorist organization both by the EU and by Germany," Kurtulmuş said. "Once more, I want to say that we do not understand and do not approve of this stance."