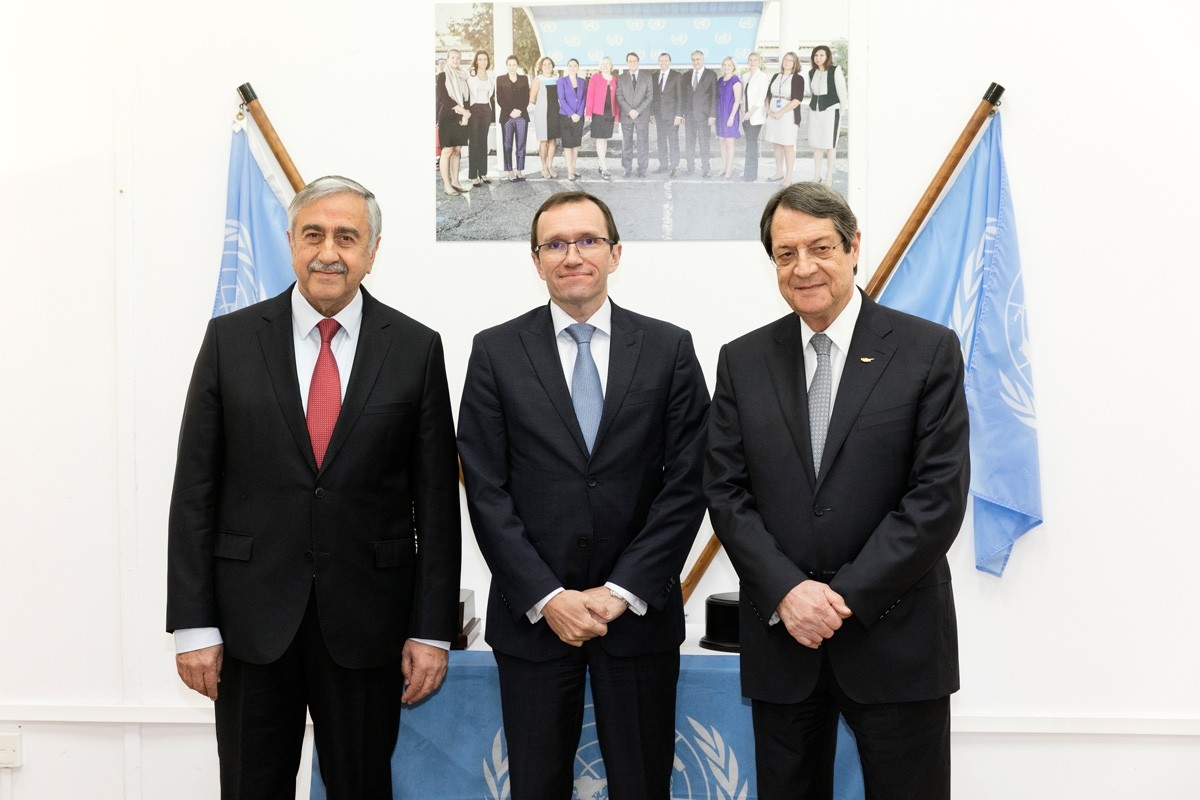 Cyprus talks aimed at reunifying the divided island will resume next week, on April 11 after a two-month hiatus, the United Nations announced Tuesday.

"The leaders will resume negotiations at 10am on Tuesday 11 April 2017. The meeting will be held under the auspices of SASG Eide," a UN statement said.

"I hope that this new beginning will bring positive results for all sides in Cyprus, the region, and all the other relevant parties," Akıncı said.

The announcement comes after Greek Cypriot administration leader Nicos Anastasiades and Akıncı met for dinner on Sunday for the first time since talks were suspended in February.

The four-hour dinner was held at the Ledra Palace Hotel in the buffer zone in the divided capital, Nicosia.

Outside the venue, scores of Greek and Turkish Cypriots chanted for a "solution now".

Akıncı and Anastasiades have been involved in UN-led talks to create a federal two-part state since May 2015.

In February, a decision by the Greek Cypriot assembly to introduce a school commemoration of a 1950 referendum on unification with Greece saw the discussions stall.

A parliamentary vote on an amendment diluting the legislation is due April 7. Akıncı said the amendment satisfies the Turkish Cypriot side.

The eastern Mediterranean island has been divided since 1974, when a Greek coup was followed by violence against the island's Turkish population and Turkey's intervention to protect them.