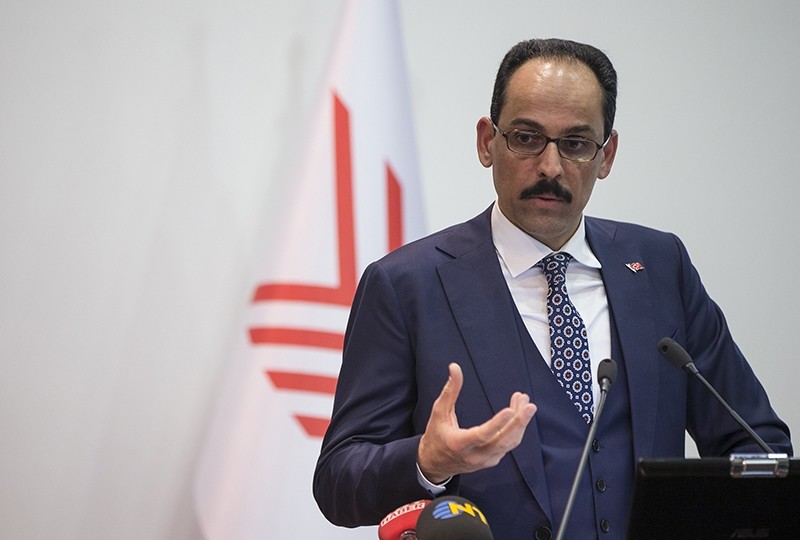 Presidential spokesman Ibrahim Kalın said there is a way to defuse the tension between Europe and Turkey in an interview on Monday.

He rejected the notion that Turkey was at fault.

"The idea that Turkey is divorcing from the European Union is also a mischaracterization of what is happening. If Europe's idea of cooperation and partnership is for their partners to do their bidding, then they should start rethinking it," he said.

"The Turkish people know why it is imperative for certain changes to become firmly institutionalized and understand that we cannot defend our democracy against attacks if we do not take certain steps right now."

Turkish voters will head for the referendum on Sunday.

A Yes win would see Turkey's constitution changed from a parliamentary model to a presidential system, giving the president wide-ranging powers and removing the office of prime minister.

Kalın rejected the criticism that the executive presidency would "establish a one-man rule" in Turkey.

"This criticism is completely unfounded. The proposed changes, if adopted, will strengthen the separation of powers, give the parliament unprecedented powers to investigate the president's actions and, if necessary, call for an early presidential election as a last resort."

He added that security operations being held in the country would not affect the ability of voters to participate in the referendum.

"As always, there was a period for voters to change their residential addresses. We do not expect any problems whatsoever," Kalın said.