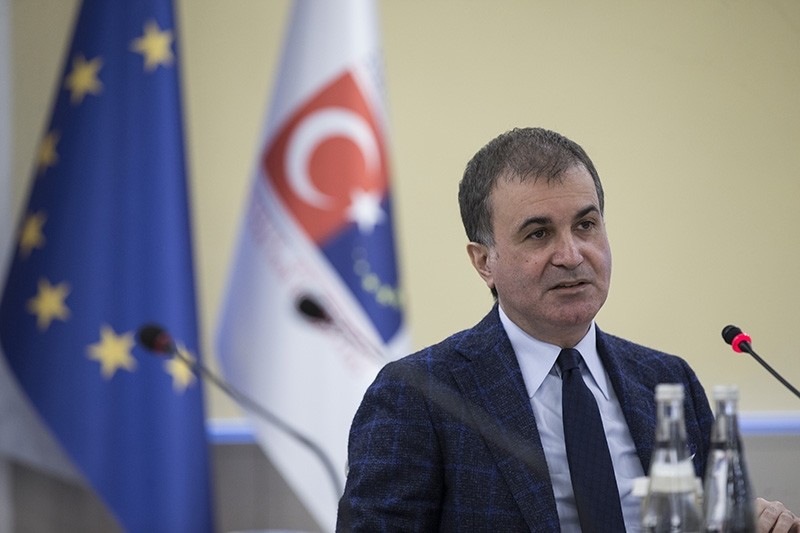 Ankara will present a new document in May on its visa-free deal with the EU which if not accepted would put the refugee deal with the bloc at a standstill, Minister for EU Affairs Ömer Çelik said on Saturday.

In an interview with television channel CNN Turk, Çelik said Turkey was doing its part in the deal with the EU.

He said the refugee deal between the two sides would continue if the EU accepted Ankara's fresh offer that would be submitted in May.

"If they accept our proposal, the [refugee] deal would be completed in a positive way, otherwise it would come to a standstill," he said.

The EU and Turkey agreed in March last year on a plan to stop migration through illegal channels in the Aegean Sea by cracking down on human traffickers and improving the conditions of nearly three million Syrian refugees in Turkey.

Under the agreement, Ankara agreed to take back all Syrians who crossed into the Greek islands illegally from Turkey, and the EU promised to take in the same number of Syrian refugees from Turkey.

The agreement also called for visa waiver for Turks visiting the EU.

While the plan successfully reduced refugee flows, the European Commission demanded Ankara to fulfill seven outstanding criteria out of a total of 72, including "revising legislation and practices on terrorism in line with European standards".

Ankara has repeatedly ruled out any such revision.

Çelik said it was Turkey's right to get visa-free travel from the EU since Ankara had done its part of the agreement.

He added that Turkey rescued the European Union and its political map by taking care of millions of refugees.