Council of Europe assembly to reopen monitoring process against Turkey 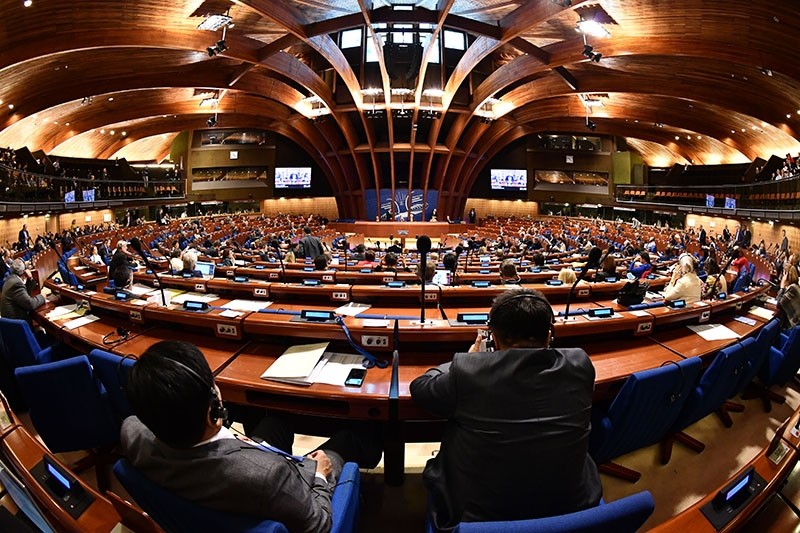 The Parliamentary Assembly of the Council of Europe (PACE) has decided to reopen a political monitoring process against Turkey following the April 16 referendum on constitutional reform.

The assembly gathered Tuesday in France's Strasbourg in a session to discuss a report titled "The functioning of democratic institutions in Turkey," during which 113 voted in favor, while 45 voted against the monitoring decision.

During its Spring Part Session on April 25, PACE decided to re-open the monitoring procedure in respect to Turkey, which has been under post-monitoring dialogue since 2004.

In response, the Turkish Ministry of Foreign Affairs strongly condemned the decision and said that it had been made with political motives.

The ministry reiterated that Turkey has been hosting more than 3.2 million refugees and fighting against terrorist organizations like the PKK, FETÖ and Daesh, all while contributing to EU's security and stability.

The ministry statement added that the Union's ill-intentioned circles had been exposed when certain PACE members, who came to observe the referendum in Turkey, were revealed to be sympathizers of the PKK terrorist organization.

The Foreign Ministry strongly urged the parliamentarians, who voted for the PACE decision, to act using common sense, and to take joint actions against the growing threat of terrorism, rising xenophobia, racism and Islamophobia around the world, while also following a responsible and human rights-oriented approach in refugee and migration management.

EU Affairs Minister and Chief Negotiator Ömer Çelik also criticized the PACE decision, saying that the council and the assembly made a "historical" mistake.

"Europe has adopted an exclusionist attitude, instead of fulfilling its responsibilities towards Turkey," Çelik added.

Commenting on the PACE session, Presidential Spokesperson Ibrahim Kalın described Monday the meeting as a "political operation" against Turkey. "It is clearly a political operation [against Turkey]… It is an operation by groups who are uneasy about seeing Turkey start to stand on its own two feet. We hope that they do not make a decision [to put Turkey on a monitoring/watch list] as we sincerely value our relations with the European council," Kalın said.

"Regardless of all means of perception management or political impetuses, we [Turkey] will continue to conduct our duties and exert our efforts in the scope of democracy, human rights and the rule of law with transparency," he added.

Turkey has been an electoral democracy since 1950, and international observers have praised the fairness and freedom of Turkish elections. Most recently, the general elections in 2015 were observed by the OSCE and Council of Europe (CoE), with the organization saying, "Turkey's well-managed, democratic elections demonstrated pluralism."