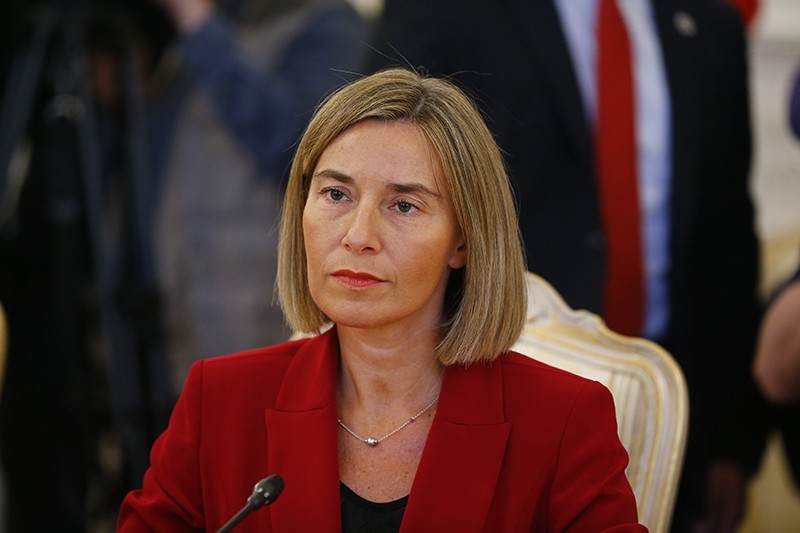 | AA Photo
by Daily Sabah with Agencies
Apr 28, 2017 12:00 am
EU foreign affairs chief Federica Mogherini said on Friday that the EU recognizes every country's sovereign right to choose its own form of governance, as Turkey did with the April 16 referendum and that it respects the outcome of the vote.

Mogherini also said that accession negotiations with Turkey were not suspended and she still wants it to join the bloc, but said that they were currently not working on opening any new chapters.

Her remarks, following a EU foreign ministers meeting in Valletta, came after recent calls from some countries that negotiations over Turkey's potential membership of the bloc should be stopped.

After a "very frank and open" meeting with the foreign ministers, Mogherini said she was "happy to have (Turkey) in but a level of clarification" was needed from Ankara.

"The accession process continues, it is not suspended, not ended (although) we are currently not working on any new chapters," she told reporters.

"The criteria are very clear, well known and if Turkey is interested in joining, as the foreign minister told us today, ... it knows very well what that implies, especially in the field of human rights, rule of law, democracy and freedoms," she said.

Meanwhile Foreign Minister Çavuşoğlu, speaking on the sidelines of a European foreign ministers' summit in Malta, said that he sensed a "positive atmosphere" from leading European lawmakers regarding Turkey's talks to join the bloc.

He said dialogue between the two sides would continue and that Turkey was ready to open all remaining chapters.

Turkey applied to join the EU three decades ago, and negotiations commenced in 2005. Of the 16 negotiating chapters on issues as varied as capital movement and food safety, only one has been provisionally closed: science and research.