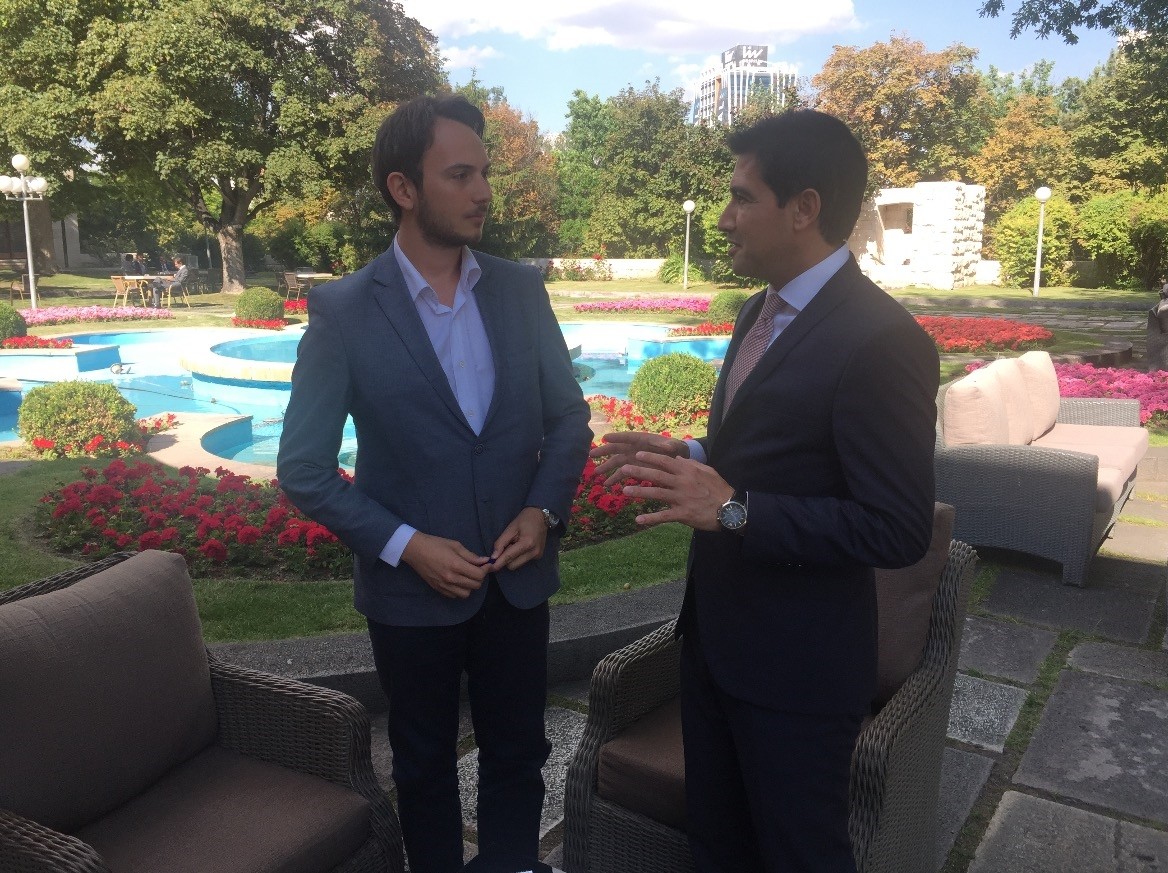 Ankara is looking to bring new dynamism to relations with the European Union, despite mixed feelings emerging from Brussels. Denizli Deputy Cahit Özkan, a member of Turkey's Parliamentary European Union Harmonization Committee, asserted that moving forward with Turkey's full membership bid would contribute to Europe's own values and help establish peace and security across the continent.

Amid the desire from the Turkish side to sit down for a new era in relations regardless of the mixed voices within the European Union, Deputy Özkan, who is also a member of the Justice and Development Party (AK Party), said Turkey's accession to the bloc would once again turn the European continent in to a peaceful and secure environment.

Relations between Ankara and Brussels soured in the wake of the July 15, 2016 coup attempt in Turkey, which was perpetrated by the Gülenist Terror Group (FETÖ). Reacting relatively late to side with the democratically-elected government after the coup attempt, the 28-nation bloc has failed to heal the wounds. The fact that some EU member states provided safe havens to putschist Gülenists added fuel to the flame.

"Turkey's full membership would revitalize the EU's pledge in the 1990s that they would present an international union to the entire world," he said.

Ties took a dip in the run-up to the April 16 referendum in Turkey earlier this year. Ankara's crises with the Netherlands and Germany shattered bilateral relations when many thought there was no returning from that point. However, both sides have shown signs of reconciliation over the course of the last two months.

"Tusk [European Council president] and Juncker [European Commission president], both, reiterated the need to turn a fresh page in ties," President Recep Tayyip Erdoğan said on May 26, referring to his bilateral meetings with EU leaders in Brussels.

Prime Minister Binali Yıldırım also hinted at a chance to begin from the scratch with the EU earlier this week. The prime minister said Turkey aims to embark on a "new beginning" with the union.

Even though European Council President Donald Tusk and European Commission President Juncker are on common terms to better the ties with Ankara, the other EU body, the European Parliament, sparks confusion.

"Each group in the Parliament has different views on the future of EU-Turkey relations," Piri said, adding that the European Council and European Commission have a different approach towards Turkey in comparison to the relations with Ankara. Meanwhile, commenting on the issue Özkan added, "It is a historical fact that Turkey is European. It is also a fact that Turkey has a historical, geographical and intellectual past with the European Union."