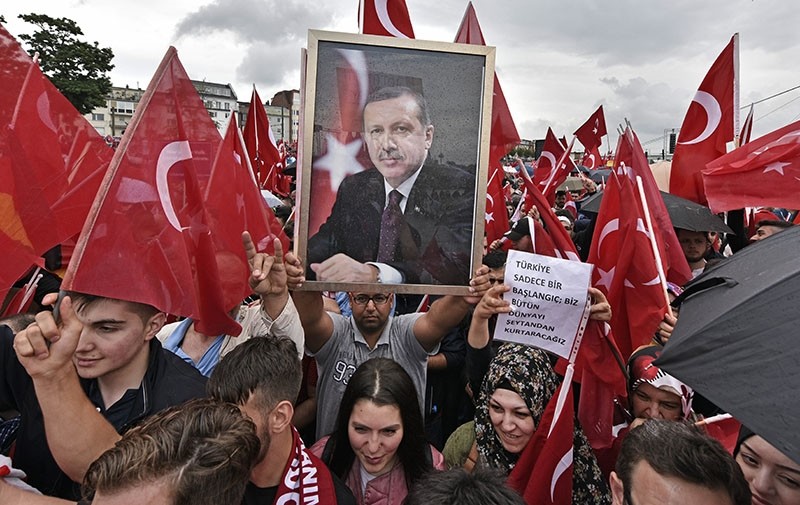 President Recep Tayyip Erdoğan does not necessarily need the approval of the German government to address Turkish citizens in the Turkish consulate general in Berlin, according to the embassy spokesperson.

"An approval from the German government is not needed for an appearance of the President in a Turkish consulate general," embassy spokesperson Refik Soğukoğlu told the German daily Reinischen Post on Saturday, adding that it would be Erdoğan's call to give the address.

Whether Erdoğan will address Turks in Germany is yet unclear, as there is no planned appearance so far.

"We don't have the police forces available to ensure security, given the G20," Gabriel said. "But I also told them openly that such an appearance was not appropriate given the conflict situation that exists with Turkey, and that it would not fit into the political landscape at this time."

Turkey's presidential spokesperson İbrahim Kalın said, "It is difficult to understand Germany's negative attitude toward the president's possible event, the country has allowed terrorist groups, including the PKK, to hold demonstrations before."

EU Minister Ömer Çelik said on his twitter account regarding the issue that the right to assembly and demonstration has become a tool for internal politics for German politicians.

Since 2015, Germany has stationed around 260 troops, six high-tech Tornado surveillance jets and a tanker aircraft at Incirlik Air Base. German government June 7 approved a plan to remove its troop reconnaissance aircraft from Incirlik and relocate it to an air base in Jordan.