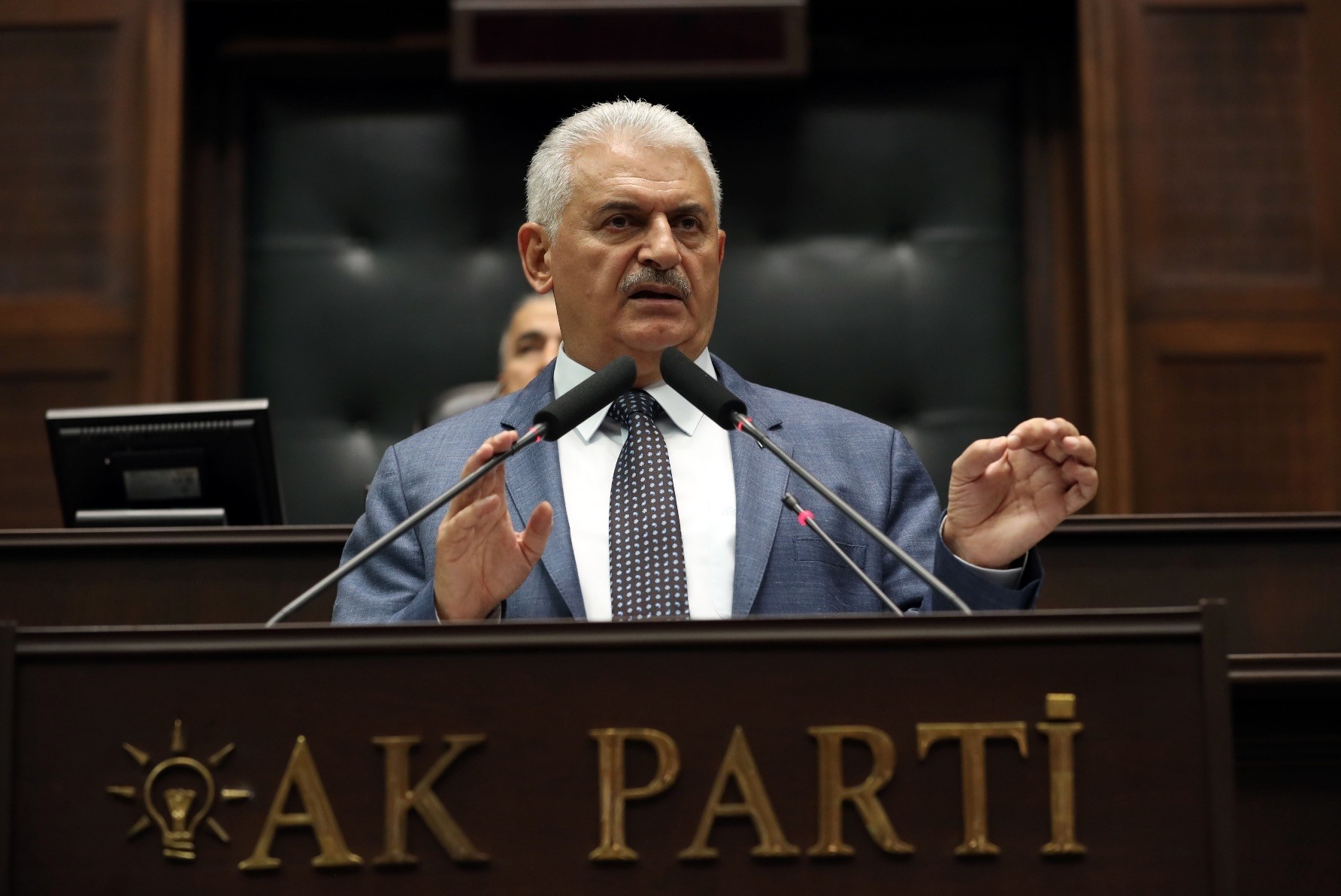 Following remarks from European Commission President Jean-Claude Juncker who said that the possible reintroduction of the death penalty in Turkey would end Turkey's accession talks, Prime Minister Yıldırım strongly asserted how much the EU needs Turkey rather than Turkey needs EU

Prime Minister Binali Yıldırım made it clear yesterday that individuals threatening Turkey with the cessation of the European Union accession process should know that "the EU needs Turkey more than Turkey needs the 28-nation bloc."

Speaking at the Justice and Development Party's (AK Party) weekly parliamentary group meeting, Prime Minister Yıldırım brushed off "threats" from the EU, saying, "Those who warn Turkey with the threat that the EU door might be closed should know this: The EU needs Turkey more than Turkey needs the EU."

European Commission President Juncker said on Sunday in an interview with a German daily that the EU accession talks would be outright ended if Turkey reintroduced the death penalty.

Responding to allegations made by Republican People's Party (CHP) Chairman Kemal Kılıçdaroğlu that the July 15 coup attempt was carried out under the control of the government, the prime minister pointed out that Kılıçdaroğlu lost control after he called the July 15 events "a controlled coup" attempt.

Yıldırım warned Kılıçdaroğlu, saying that the Gülenist Terror Group (FETÖ) is encouraged by his statements and actions. The prime minister stressed that encouraging terrorists hurts the families of those killed in the July 15 coup attempt.

The prime minister also underlined that the commemoration of the victory in the July 15 coup attempt was important in terms of cherishing the memories of the slain people who did not hesitate to give their lives for democracy and the country. He added that the killed were commemorated by millions of people with prayers and street demonstrations.

Meanwhile, touching upon the recent Cypriot issue, Yıldırım said that the Cypriot negotiations are in a stalemate because of the one-sided attitude of the Greek Cypriot. He added that a ship sent by the Greek Cypriot government to drill in the Mediterranean Sea was blocking the negotiations. He also asserted that Turkey was determined to use its international rights to its full extent.

As for the counterterrorism efforts across the country, the prime minister said that operations against the PKK are continuing at full steam. Yıldırım said the terrorists have begun attacking innocent civilians because of Turkey's effective counterterrorism fight. Likewise, the prime minister also reiterated that Turkey will use its international rights, both at home and abroad, to fight against terrorist groups.