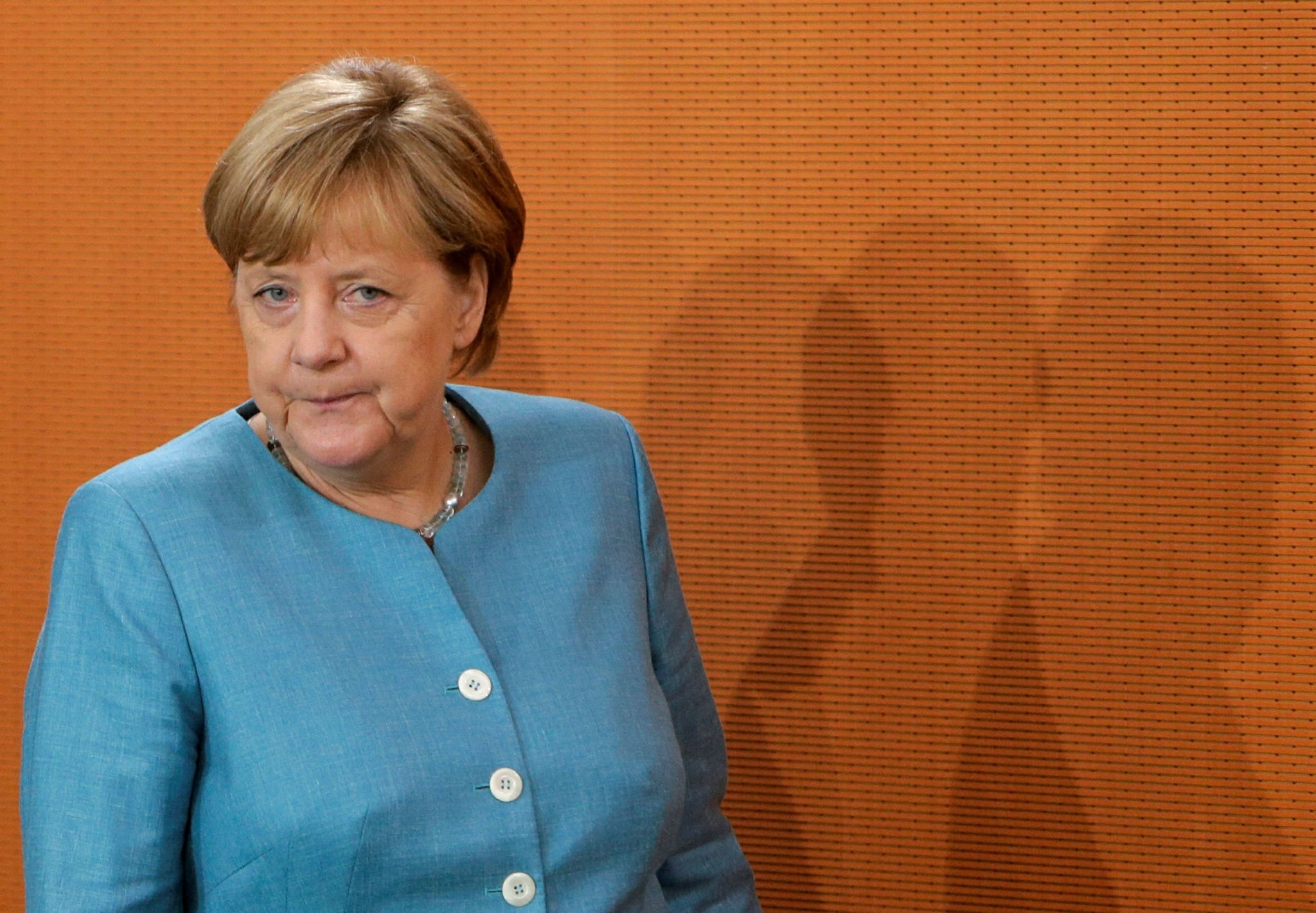 German Chancellor Angela Merkel arrives for the first meeting of her cabinet after her summer holidays in Berlin, Germany, Wednesday, Aug. 16, 2017. (AP Photo)
by Daily Sabah with AA Aug 16, 2017 12:00 am

German Chancellor Angela Merkel rejected on Wednesday calls to end Turkey's EU membership process, but signaled that the EU would not enter into talks with Ankara on modernizing the existing Customs Union, due to recent political tensions.

In an interview with young video bloggers ahead of elections in Germany next month, Merkel underlined that ending Turkey's EU process, as demanded by German opposition politicians, would be a wrong message for those in Turkey who are in favor of an EU membership.

She said it was not possible to open new chapters now in the talks due to recent tensions with Ankara, but stressed that membership talks should continue in an "open-ended" manner.

"But in any case, for the time being, we would not carry out talks with Turkey on improving, enhancing the Customs Union," she said.

Turkey has had a customs union agreement with the bloc since 1995, and updating it has been among the key priorities of the Turkish government.

Merkel's remarks came after opposition parties increased pressure on the government, seeking a harsher tone against Turkey, particularly due to the recent arrests of around 10 German citizens, including a reporter and a human rights activist, for alleged support for terrorist groups.

The German chancellor turned downed calls for an EU-Turkey divorce, but revealed that a decrease in pre-accession financial assistance to Turkey.

"There will be no pre-accession assistance to Turkey, for areas where we do not clearly know where the money is going," she said.

The EU was planning to allocate nearly €4 billion ($4.68 billion) funds for Turkey between 2014 and 2020. So far €189 million ($221 million) have been delivered to help Turkey adopt European standards, in various fields including rule of law, human rights and press freedom.

EU's financial assistance to Turkey had become a controversial issue in Germany ahead of elections on Sept. 24, with certain opposition politicians calling on Merkel to take measures to freeze these funds.

The German chancellor, who long favored dialogue with Turkey to resolve political differences between the two countries, repeated on Wednesday that it was important to keep communication channels open.

She also renewed her call for the release of German citizens who were arrested in Turkey as part of anti-terrorism investigations.

Turkish officials have so far ruled out any political influence in these investigations, and they stressed that independent courts would decide on these cases.

Turkey's relations with Germany and several other EU member states have suffered further setbacks in recent months, as Turkish leaders slammed their counterparts for failing to demonstrate strong solidarity with Ankara over the defeated coup attempt in 2016. Ankara has also denounced what it sees as German authorities providing support to groups hostile to Turkey.

Turkey's Foreign Ministry also issued a diplomatic note to Germany later on the same day over reports that claim Adil Öksüz, one of the suspected masterminds of the failed coup attempt, was spotted in Germany.

According to diplomatic sources, Turkey issued the note and requested the extradition of fugitive Öksüz, who is accused of perpetrating the July 15, 2016 coup attempt on behalf of the Gülenist Terror Group (FETÖ), if he is indeed in Germany.

Several EU countries also voiced concerns over the rule of law and human rights issues amid widespread investigations by the Turkish authorities into the Gülenist terrorist group (FETÖ).

In Germany, which is home to more than 3 million Turkish immigrants, FETÖ has a large network with dozens of private schools, businesses and media organizations.

Since the coup attempt, nearly 4,000 FETÖ suspects have come to Germany from Turkey and other countries, according to local media reports.

The PKK terrorist group is also active in Germany and carries out significant propaganda, recruitment and funding activities.

The group has nearly 14,000 followers among the Kurdish immigrant population in Germany, according to the German domestic intelligence agency.