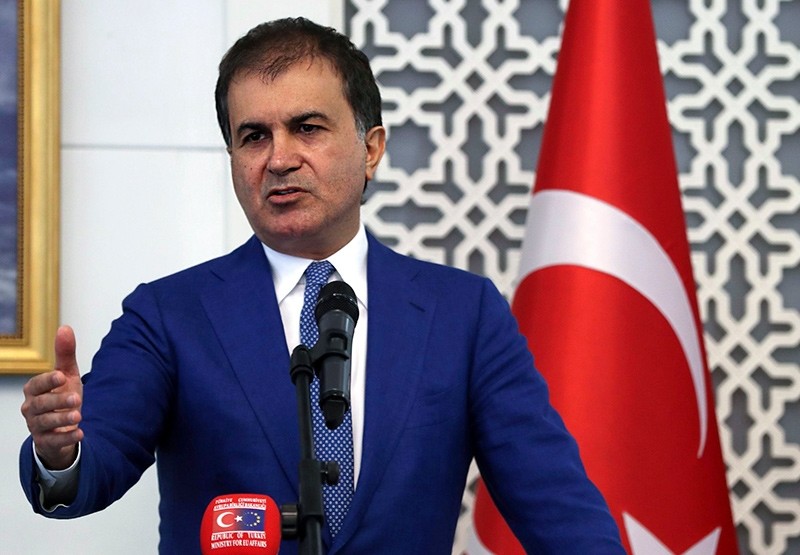 u00d6mer u00c7elik speaks during a joint press conference with British minister of state for Europe and Americas, after their meeting in Ankara on August 17, 2017 (AFP Photo)
by daily sabah
Aug 21, 2017 12:00 am

EU Minister Ömer Çelik warned about the ideology of far-right parties becoming a norm in Europe, as he criticized the destructive stance adopted by European Union regarding its relations with Turkey.

Speaking at a live broadcast for NTV channel Monday, Çelik said that political parties in Europe are disregarding the values the European Union was founded upon.

"Eighty-five percent of the pledges made by the far-right in Europe has become a part of center-political parties," Çelik said.

He noted that some of the statements coming from Germany are unacceptable, and that he finds German Chancellor Angela Merkel's remarks about not renewing the EU-Turkey Customs Union deal rather "strange."

"The Customs Union should have been crowned with our EU membership" Çelik said.

The minister also noted that Turkey should not be treated like a "guest" but should rather be treated as a "host" as it is a founding member of many international organizations, including the North Atlantic Treaty Alliance (NATO) and the Organization for Economic Cooperation and Development (OECD).