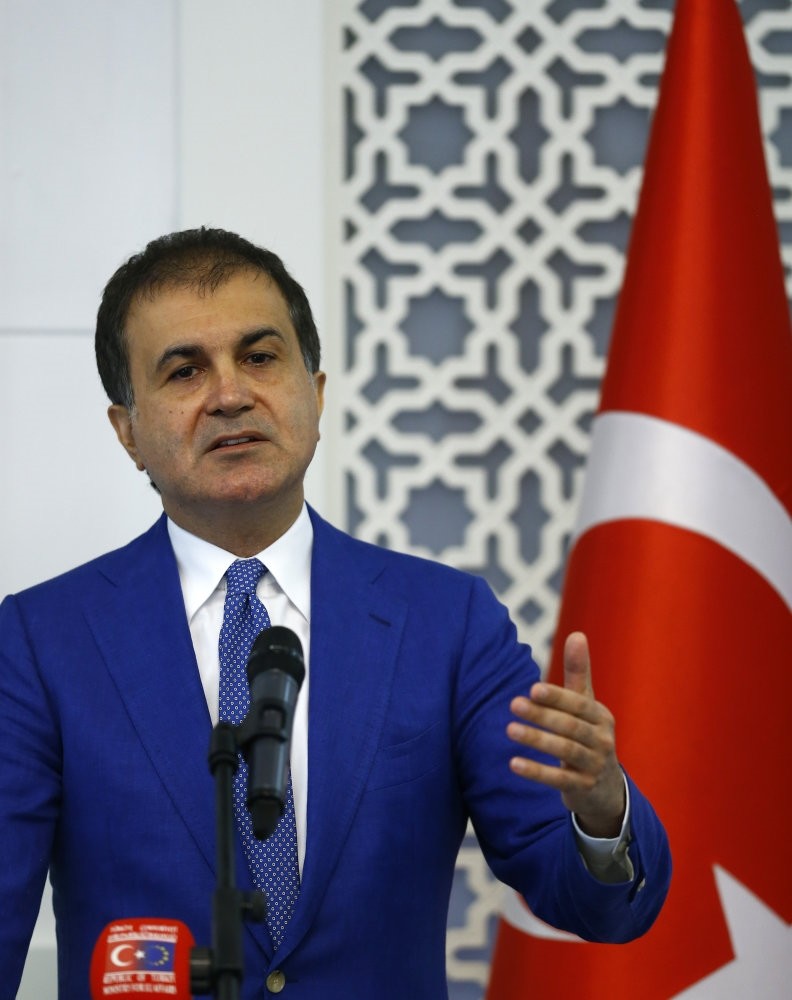 u00c7elik said Merkel's remarks on not expanding the EU customs union deal with Turkey as ,very unfortunate.,
by daily sabah
Aug 23, 2017 12:00 am

Describing Chancellor Merkel's remarks on not expanding the EU customs union deal with Turkey as "very unfortunate," Minister Çelik had previously said that Germany's dictate on EU policies harmed the credibility of the bloc and increased racist rhetoric in the EU.

"Racists are against the EU due to increasing German influence in the bloc. Berlin's efforts to dictate policy towards Ankara are only to help increase racist rhetoric in the EU," Çelik said on Aug. 21 during a televised interview.

He underlined that upgrading the customs union agreement is a technical issue. He also said that the relations between Turkey and Germany are interconnected in economic and political areas while stressing that the German media's negative statements regarding Turkey are not beneficial to either side.

Stating that too much negative news about Turkey was published in German media last year, Çelik said, "Turkey and our president are becoming part of Germany's internal politics and not a single day passes in Germany when they are not talked about."

He added that the debate about Turkey has reached a new stage after German racist parties entered the debate.

"This has changed into a political campaign since the racist parties and others entered into this debate," the minister said.

Çelik also stated that he expects that Germany will change its stance after the German elections on Sept. 24, saying that there will be "a certain softening" in their statements towards Turkey.