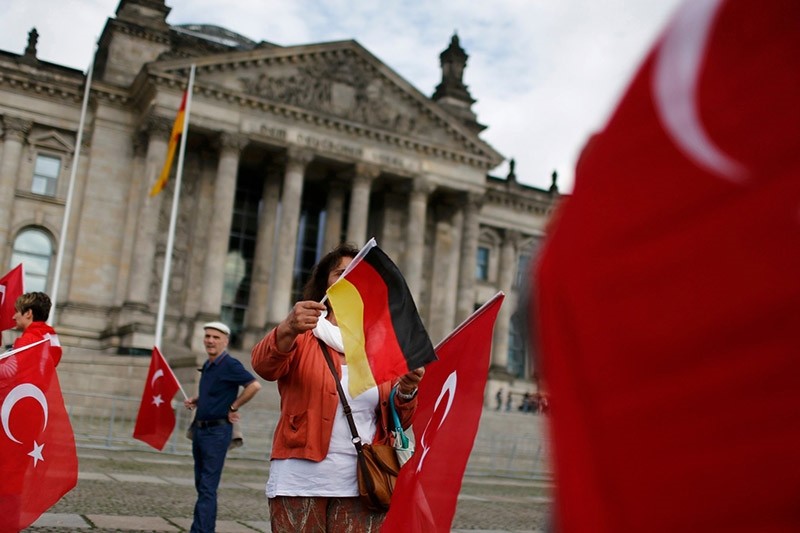 Without naming its sources, the magazine said the Turkish government had asked the German Foreign Ministry in Berlin at the end of April to freeze the assets of FETÖ and its members in Germany. It attached a list with 80 names, it said.

The German government officially rejected the request at the end of June, telling Ankara there were "no legal grounds" for Germany's financial watchdog BaFin to crack down on the terror group and its supporters, the report said.

The report also suggested that the number of Turkish extradition requests sent to Germany had increased to 53 since the beginning of the year, already exceeding the total in the whole of 2016.

A total of 250 people, consisting of mostly civilians, were killed by pro-coup soldiers, while over 2,000 people were injured.

Ankara singles out Germany among European countries for embracing some 250 fugitive diplomats and soldiers accused of involvement in the coup with suspected links to FETÖ. A report titled "The FETÖ Settlement in Germany and Germany's FETÖ Policy," says that FETÖ has been using Germany as its main functioning center and that German authorities have embraced the structures of the group with open arms.

Unconfirmed reports say that about 4,000 FETÖ suspects left for Germany after the coup attempt, while several suspects, including former military officers and diplomats accused of involvement in the coup attempt, applied for asylum.

Germany's uncooperative stance with regard to FETÖ has been a source of recent tension between Ankara and Berlin.