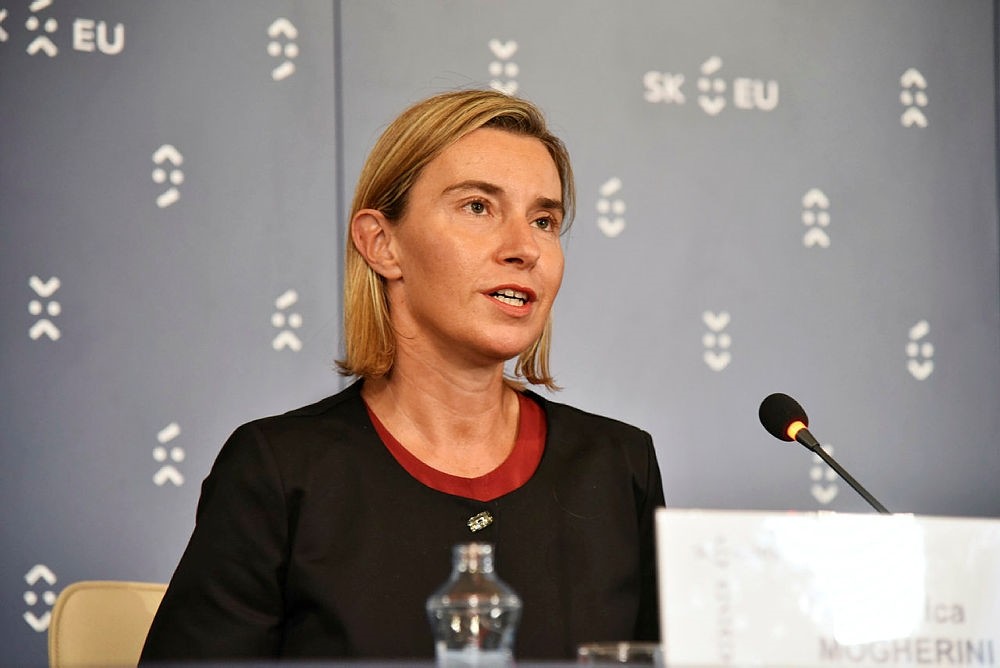 Speaking at the 12th Bled Strategic Forum in Slovenia, Mogherini said EU countries could discuss the future of Turkey's membership bid to EU, however, the accession talks will continue regardless.

"We are not always agreeing on everything. There are some issues … that are taking our positions very much apart, but talks continue," she added.

"Aside from the membership talks, the EU and Turkey are also regional partners, sometimes difficult partners, however, we are working together on many different chapters," Mogherini said.

She said it was important to look at the relationship between the bloc and Turkey beyond the remarks made during the election campaigns.

During the televised debate Sunday, Merkel said that she would ask the EU to call off membership talks with Turkey, amid escalating tensions between Berlin and Ankara.

"I don't see them ever joining [the EU] and I had never believed that it would happen," she said during the debate, ahead of upcoming elections later this month.

Turkey's foreign minister slammed German politicians for focusing on Turkey rather than Germany's own pressing problems as the presidential spokesperson Ibrahim Kalın said the debate showed "the narrowing vision in Europe."