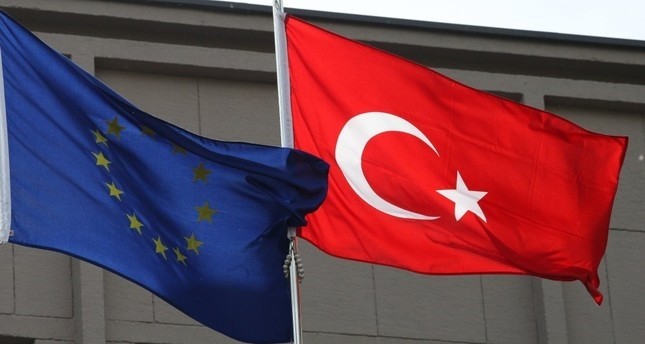 Estonian Foreign Minister Sven Mikser, whose country currently holds the rotating six-month presidency of the Council of the European Union, criticized German politicians Wednesday for politicizing EU-Turkey ties as part of their campaigns ahead of parliamentary elections on Sept. 24.

In an interview with German public radio Deutschlandfunk, Mikser underlined the strategic importance of Turkey for the EU and urged caution in the heated debate over ending Turkey's membership talks.

"All decisions about the future of EU-Turkey ties should be considered very carefully, and they should not be made during election campaigns," he said, as he highlighted the importance of Turkey as a strategic partner in many areas.

German Chancellor Angela Merkel, who is running for re-election, came under enormous pressure from her rivals recently and promised Tuesday to raise the possibility of suspending or ending Turkey's EU membership talks in discussions with her counterparts.

But Mikser warned against hasty decisions on future ties between the EU and Turkey amid recent tensions between Ankara and Europe.

Ties between Ankara and European capitals have been strained since the defeated coup attempt in Turkey last year as Turkish leaders slammed European countries for failing to show strong solidarity with the Turkish government against the attempted military takeover by the Gülenist Terror Group (FETÖ) and offering asylum to Gülenist coup plotters.

Around 250 fugitive diplomats and soldiers allegedly affiliated with FETÖ, and who are accused of participating in the deadly coup attempt, have reportedly been granted asylum in Germany, to the dismay of Turkey.

Turkish politicians have also criticized Germany, Belgium, the Netherlands and several other European countries for turning a blind eye to outlawed groups and terrorist organizations hostile to Turkey.

Mikser, however, underlined that Turkey was an "indispensable partner" of the EU in addressing the migration crisis.

"As the EU, we also have very significant trade ties with Turkey. Also, Turkey is a key player regarding the security situation in the region. In addition to that, it is one of our strongest and militarily best prepared NATO allies," he said.

Mikser said European capitals had some concerns over recent developments in Turkey, but he backed continued dialogue with Ankara to address these concerns.

"I do not expect that Turkey can become an EU member in near future. But it would be wrong if we close the doors now and make decisions based on emotions," he said.

Merkel promised Tuesday that she would raise the issue of Turkey's membership at an EU leaders summit in Brussels Oct. 19-20.

Any decision to terminate Turkey's membership talks would require unanimity among all EU member states which is seen as unlikely by diplomats as most member states were opposed to such calls earlier this year and insisted on maintaining dialogue with Ankara.

The EU can temporarily suspend negotiations with Turkey if a majority of its member states back such a proposal, which can be initiated by the European Commission or by one-third of the member states.

Among the EU member states, only Austria is openly calling for freezing Turkey's EU membership talks.